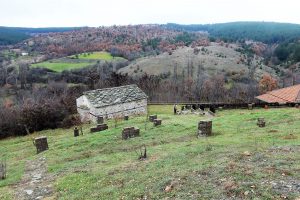 View of the church building from north-east

The church is located in the village of Selnik, some 10 km from Carevo Selo, Macedonia, not far from Stanke Lisickovo border crossing point. The village comprises several distant neighborhoods with sparse population. The church can be reached via a black road; the church is active but most of the time it is locked. It was declared a monument of culture of national importance. With the funds of the Ministry of Culture some 15 years ago the space around the church has been developed and some subsidiary buildings have been erected; every year the local villagers celebrate the church feast of October 27 with a big fair and offerings.

A list of the celepkeşan from kaza Ilidzhe (Kyustendil, Bosilegrad, Carevo selo and Pijanec) of 1576 mentions the inhabitants of Selnik but the identification of the settlement is uncertain; it is unclear as whether it regards a homonymous village once located in the vicinity of Tavalichevo in today’s Bulgaria. There are no written sources about the church history. Based on the analysis of the paintings the church is supposed to have been decorated in the second quarter of the 17th c. 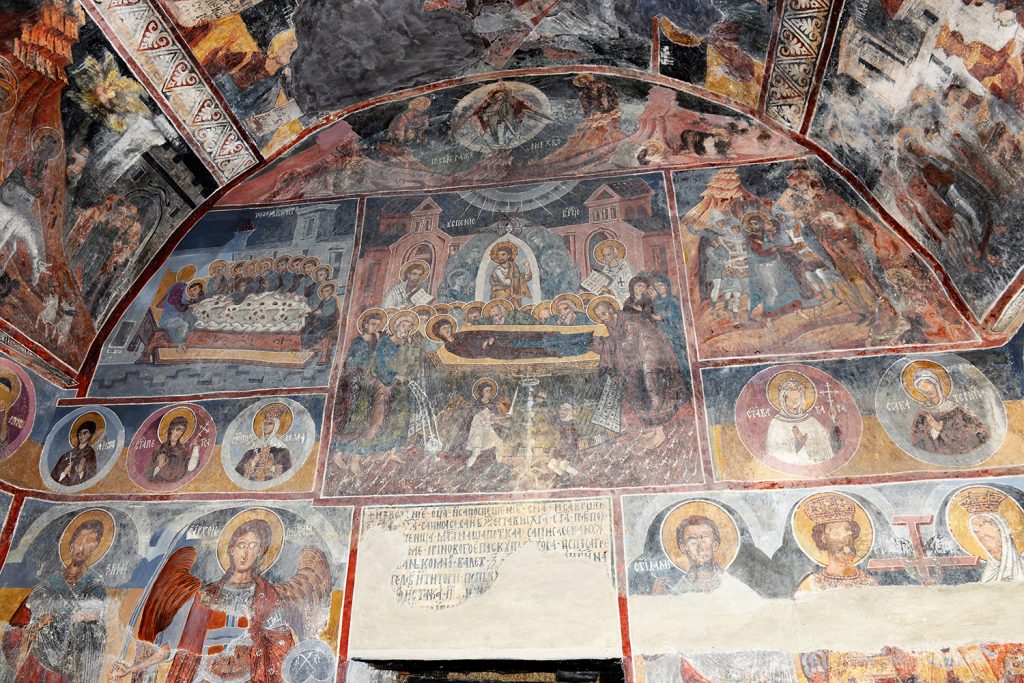 Wall paintings from the west wall of the naos

The church is with a single nave, one apse and a vault. It is covered by a double-sided roof made of stone tiles; today there is no narthex. The building is made of rubble of different sizes, the western façade is formed with antae: projecting posts of the two long walls connected with an arch following the contour of the vault.

According to the partially preserved donor’s inscription on the western wall of the naos above the entrance, the paintings in the church were made at the time of an unidentified bishop named Prohor by the icon-painter Iovan Komnov, and only the first letter „z“ from the year is visible. From the semi-destroyed lines of the inscription we could assume that the donors were the priest and some families from the village.

Donors’ inscription above the door

The frescoes used to cover the whole space of the naos but today they are not preserved entirely. In places the painting layer is destroyed, elsewhere it was whitewashed or repainted, but these later layers were removed in restoration. There are fragments of the murals on the western and the eastern facades of the church.

In the center of the vault in the naos there used to be a depiction of Christ Pantocrator in a medallion, composed of three concentric circles with inscriptions from psalm 101, images of the Evangelists and images of celestial powers. The painting program on the vault is complemented with Angel of the Great Council and the figure of Christ in the Ascension composition. Only few images survive from the prophets’ frieze: Prophet Daniel and another two who can be identified in their iconographic features and contents of the text in the scrolls as Habacuc and Elisha. In the southeastern part of the dome survives the image of Prophet Moses. Among the scenes in the altar space are the lower part of the composition of the Ascension of Christ and Holy Mandillion, Theotokos Wider than Heaven, Hospitality of Abraham to the north and Annunciation to the south and Officiating Church Fathers. On the southern and northern walls under a ribbon with a palmetto ornament typical of that period there are scenes of the Great Feasts and the Passions of Christ in a single zone. Underneath there are half-length images of saints in medallions among which after the restoration works have been revealed the figures of St. Victor, St. Vicentius, St. Eustratius and St. Auxentius. In the lowest register there are figures of saints among which the image of St. Petka enthroned stands out. It is painted on the southern wall next to the iconostasis. Next to St. Petka are depicted St. John of Rila and St. Joachim of Osogovo. In the same register on the southern wall are depicted compositions with the figures of St. George and St. Demetrius on horseback. On the northern wall there is a shallow niche preserving fragments of an image of Christ.

Transfiguration of Christ, composition from St Paraskeve Church in Selnik village and from the wall paintings in the Ascension Church, Alino Monastery

The Last Supper, wall paintings from St Paraskeve Church in Selnik village and from the Ascension Church, Alino Monastery

According to the Macedonian scholar Mirjana Mashnić the icon-painter Iovan Komnov who made the frescoes in the church of St. Petka in the village of Selnik has also worked in the church of the Alino Monastery, whose murals were made by a team of icon-painters in 1626. Mashnić points at a repetition of the typological features in the images of Joachim of Osogovo, the Five Companions, the women saints, St. Constantine and St. Helena, as well as some iconographic parallels in the scenes of the Last Supper, Dormition, Betrayal of Judas, Christ before Pilates. This attribution is convincing and an additional comparison between the two monuments, the stylistic similarities and the analogies in the epigraphic material confirm the opinion that the painting of the church of Selnik and part of the murals of the Alino church were made by one and the same icon-painter – Iovan Komnov.

St Joachim of Osogovo, wall paintings from St Paraskeve Church in Selnik village and from the Ascension Church, Alino Monastery 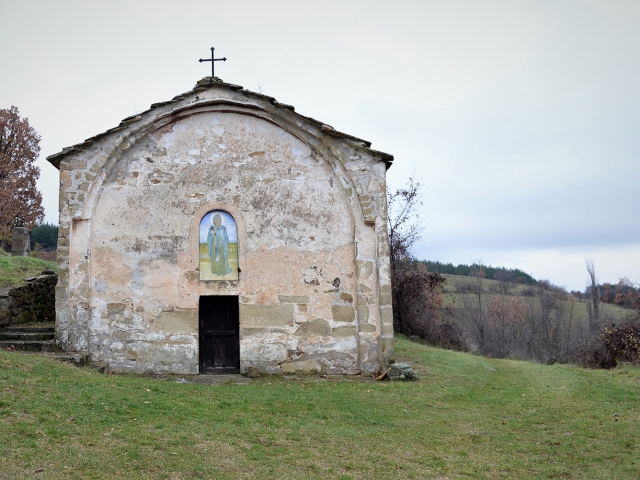 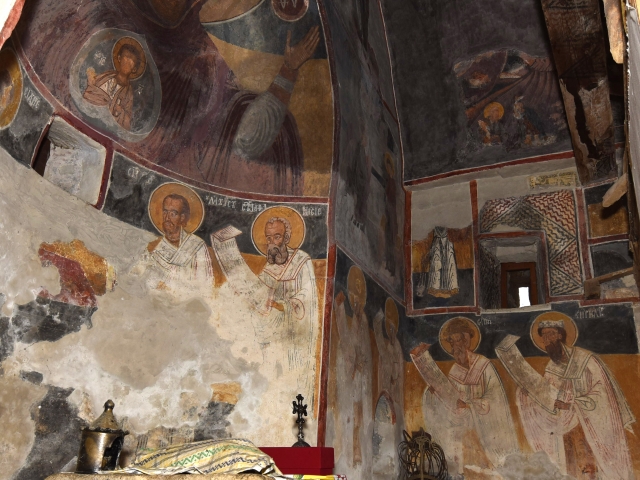 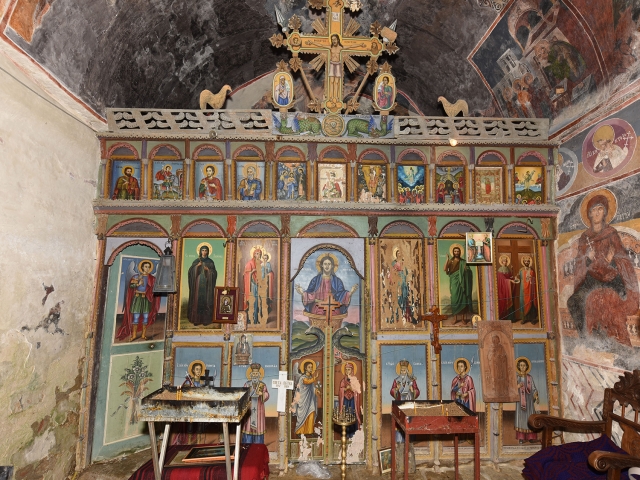 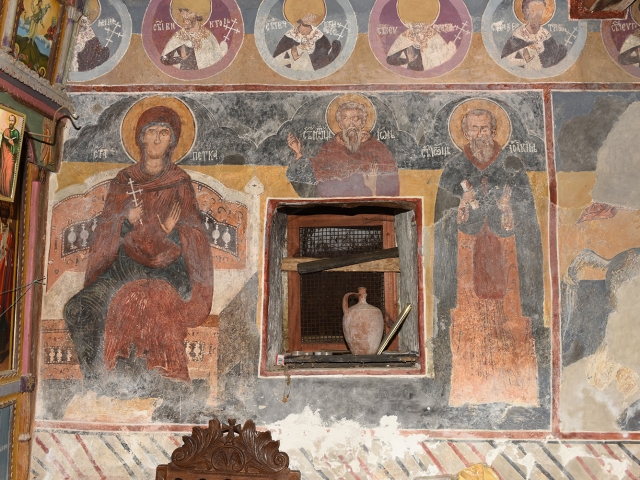 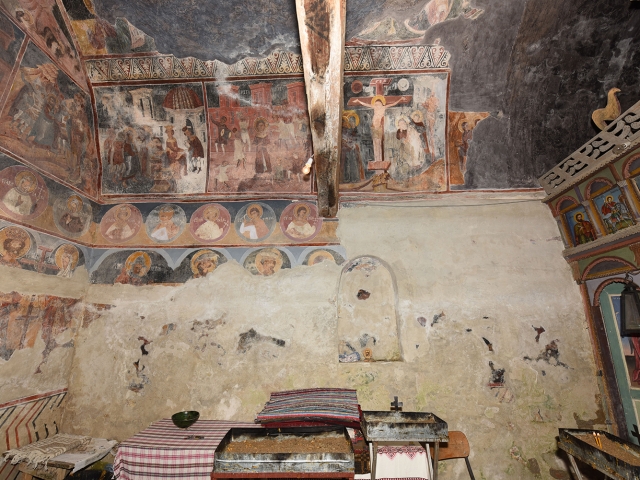 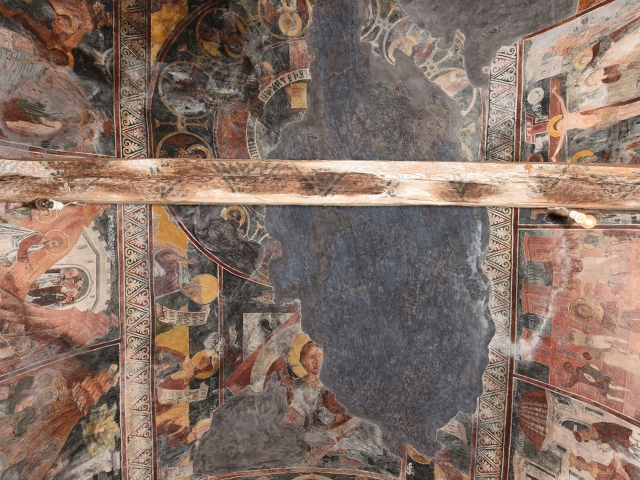 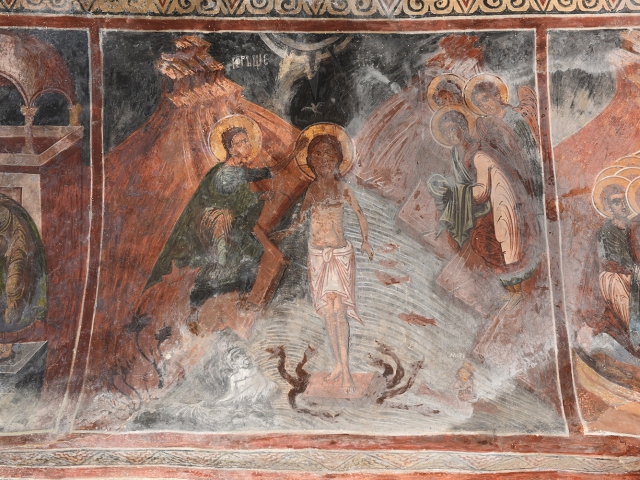 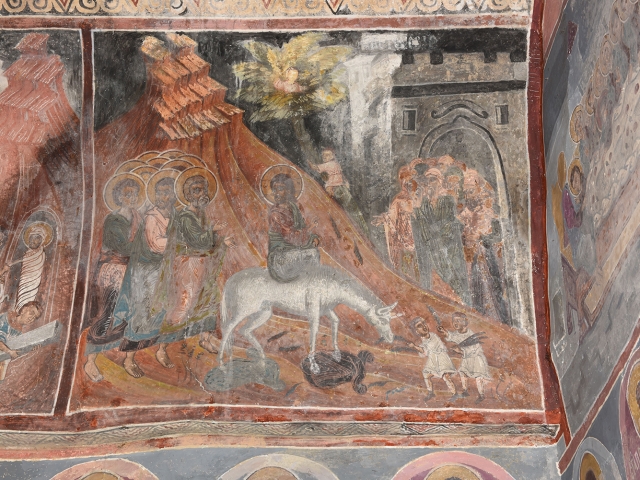