The Church of the monastery of Poganovo from southeast

The monastery is located at some 2 km from the village of Poganovo, Tsaribrod region (Dimitrovgrad), Republic of Serbia. It is part of the Nis eparchy and is active. Since it is included in numerous tourist itineraries, the monastery can be accessed easily although it is situated in the steep gorge of Erma River.

The question of the monastery’s dating and of its donors has been the object of numerous studies and has been widely disputed. From the inscriptions carved on three of the facades we know the names of the first church donors: Mister Constantine and Missis Helena, who are later mentioned in the monastery diptych. Supposedly, Mrs Helena ordered the famous two-sided icon of Theotokos Katafigi with St. John the Theologian and the Miracle at Latom from the Poganovo Monastery.

The donors are most commonly related with the family of the Dragashes. Many older studies accept that they were Constantine Dejanovic and his wife Helena. Other hypotheses have been analyzed too. A. Grabar believes that the donors were Constantine Dragash (died 1394) and his daughter Helena, wife to emperor Manuel II Palaeologus. G. Radojcic identifies the donor as the son or grandson of the great voivode Desimir (both named Constantine) who lived in the 15th c., whereas G. Subotic supports the hypothesis that Constantine was a local noble under despot Stephan.

Several church art monuments from this monastery have been transferred initially to the National Museum in Sofia and today are preserved in different museums in Sofia: the National Archeological Museum, the National Museum of History and the Crypt of St. Alexander Nevsky Cathedral. The items are as follows: the two-sided icon (most often dated to the last quarter of the 14th c.) of Theotokos Katafigi with St. John the Theologian and the Vision of Prophet Ezekiel (the Miracle at Latom); an iconostasis from 1620; a diptych of Bulgarian kings and hieromonks of the Poganovo Monastery (end of 16th – 17th c.), and a phelonion from 1786.

The church features a single nave, three conchae with a dome and a narthex with a rectangular tower. The opinions on its dating differ widely: A. Grabar believes it dates from the late 14th c., D. Radojcic thinks it was erected after 1453 and G. Subotic believes it was built before 1425. The particular architecture of the church of Poganovo finds its closest parallels in the church of St. Archangel Michael near the town of Tran, built in the 14th c, and situated at 15 km southeast from the Poganovo Monastery, again in the gorge of Erma River but within Bulgaria’s national borders.

As stated in the donor’s inscription above the entrance on the western wall, the decoration works in the church were completed on the 14th of October 1499. The decoration was executed in a single stage and covers the interior entirely; the painting program is in harmony with the temple’s complex architecture.

In the dome and the space beneath it are presented Christ Pantocrator, Divine Liturgy, images of prophets and the Four Evangelists on the pendatives. In the apse there are a full-length figure of the Virgin Oranta, flanked by the archangels, and underneath – The Communion of the Apostles and Adoration of the Sacrifice. In the altar space traditionally are depicted the Pentecost, the Annunciation, Christ in the Tomb, St. Stephan and the Vision f St. Peter of Alexandria. South from the apse on the eastern wall is depicted the image of St. Gregory the Dialogist and on the southern wall – three saints stylites.

The cycle of the Great Feasts occupies the vault and the highest register, starting from the southern part of the vault with the scene of Nativity of Christ and ending with the composition of Transfiguration in the northern half. The Passion of Christ is presented in the second register on three walls and the same register features the composition of Division of Christ’s Clothes, which is seldom painted independently.

The frieze with images of saints features exclusively martyrs, warriors and healers. Special attention should be paid to the presence of the images of St. Clement of Ohrid and St. Achilles on the southern wall in the altar space. The lowest zone features full-length figures of saints, mainly hermits and monks, but among them are depicted the venerated in the Balkans saints St. John of Rila, St. Joachim of Sarandapor, St. Simeon of Serbia and St. Sava of Serbia. There are also warrior saints, the Apostles Peter and Paul, St. John the Baptist and St. John the Theologian, St. Constantine and St. Helena.

The majority of the inscriptions is Cyrillic but in the altar space there are a couple of Greek inscriptions too. 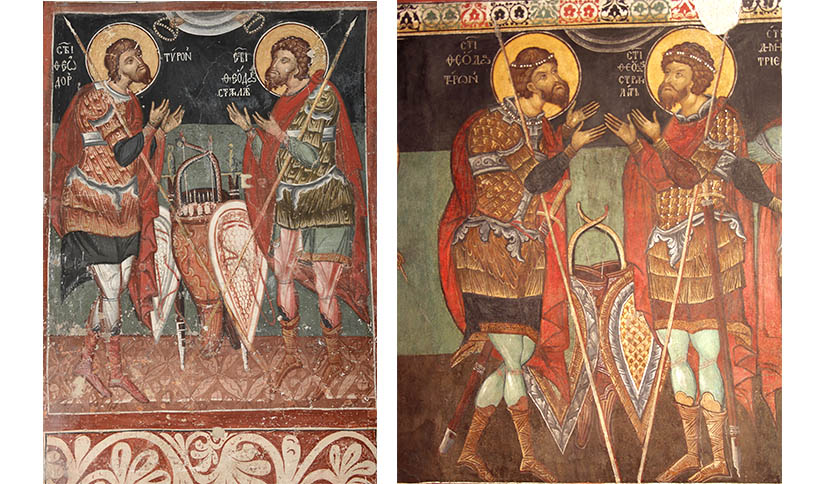 The iconography and the painting style in the Monastery of Poganovo are representative of a wide range of monuments from the last decades of the 15th c. and the first decades of the 16th c., which manifest a connection to Kastoria (Northern Greece), the major artistic center of the Balkans in that period. The earliest and best examples are the Old Catholicon of the Big Meteor (1483), the church of St. Nicholas of Nun Eupraxia in Kastoria (1496) and some of the murals in the Dormition Monastery in Treskavets (1483), and St. Nicetas near the village of Chucher (Banyani, 1483) in the Republic of Macedonia.

The monumental painting in the Poganovo Monastery illustrates the development and the mature stage in the work of the Kastorian ateliers in the next and last decade of the 15th c. The closest parallels of the Poganovo murals are found in the fragments in the church St. Nickolas of archontissa Theologina in Kastoria (end of 15th c.), in the murals in the altar and the lower registers of the naos of the church in the Kremikovtsi Monastery (1493) and in some of the paintings in St. Petka Church in the village of Braychino (Macedonia, end of the 15th c.) 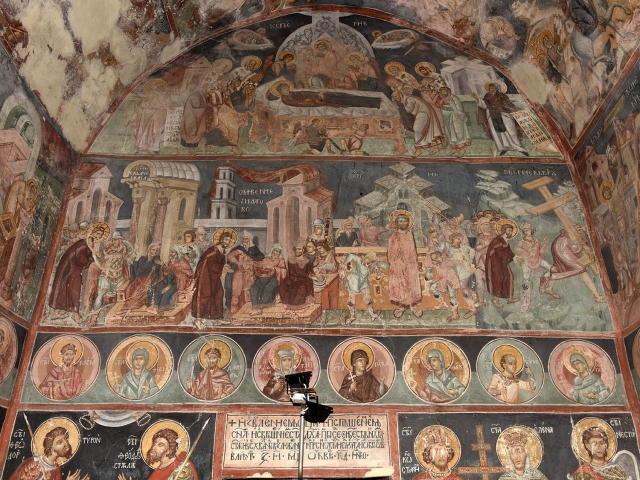 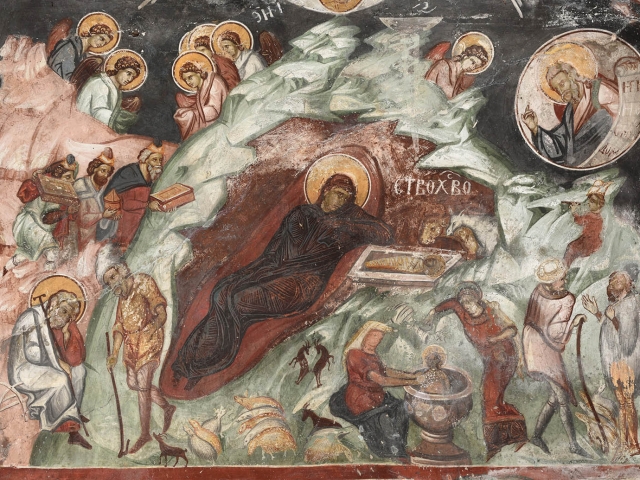 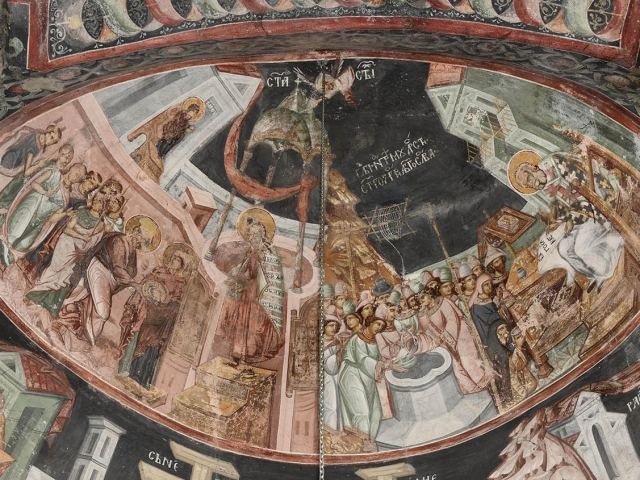 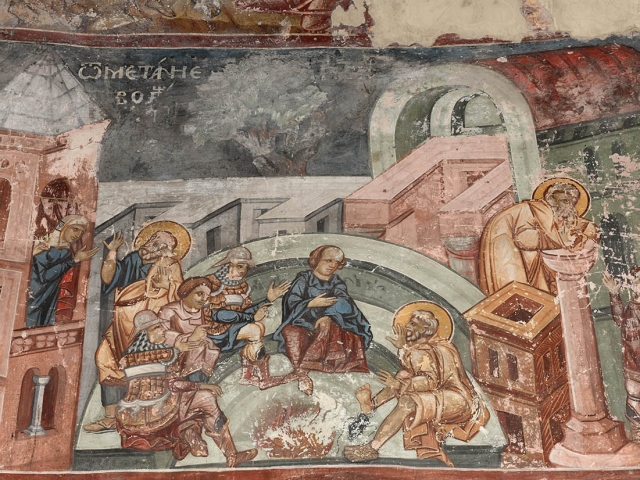 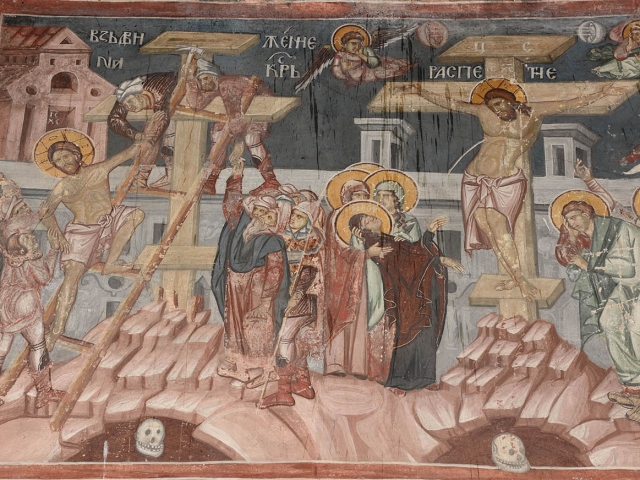 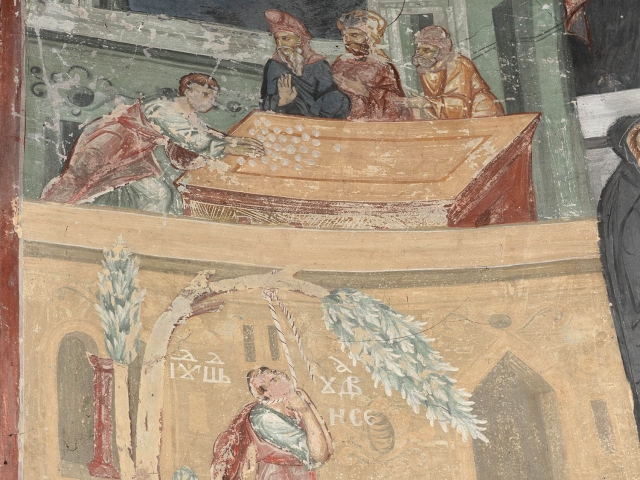 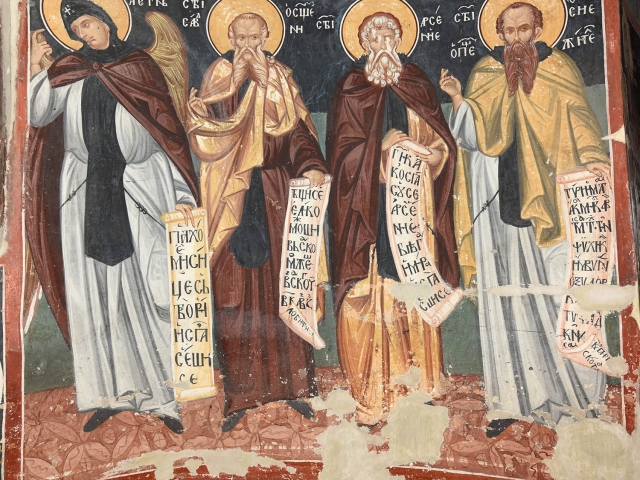 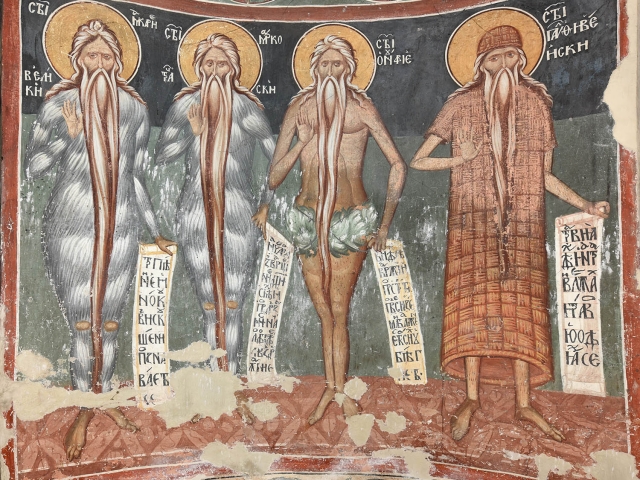 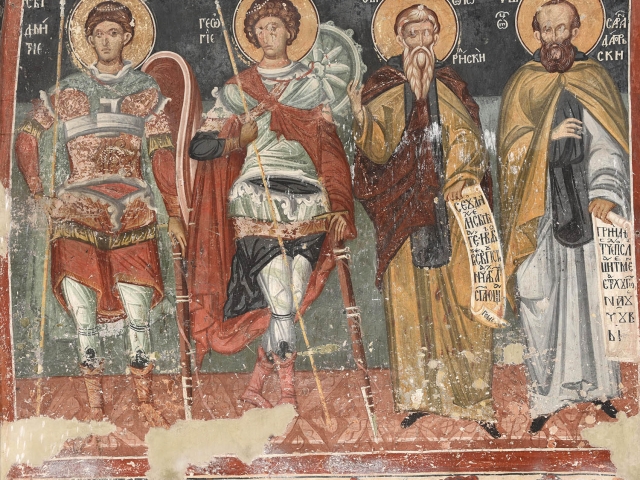 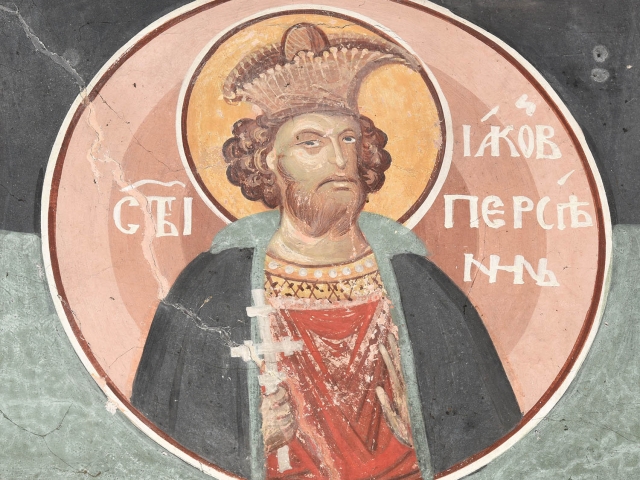