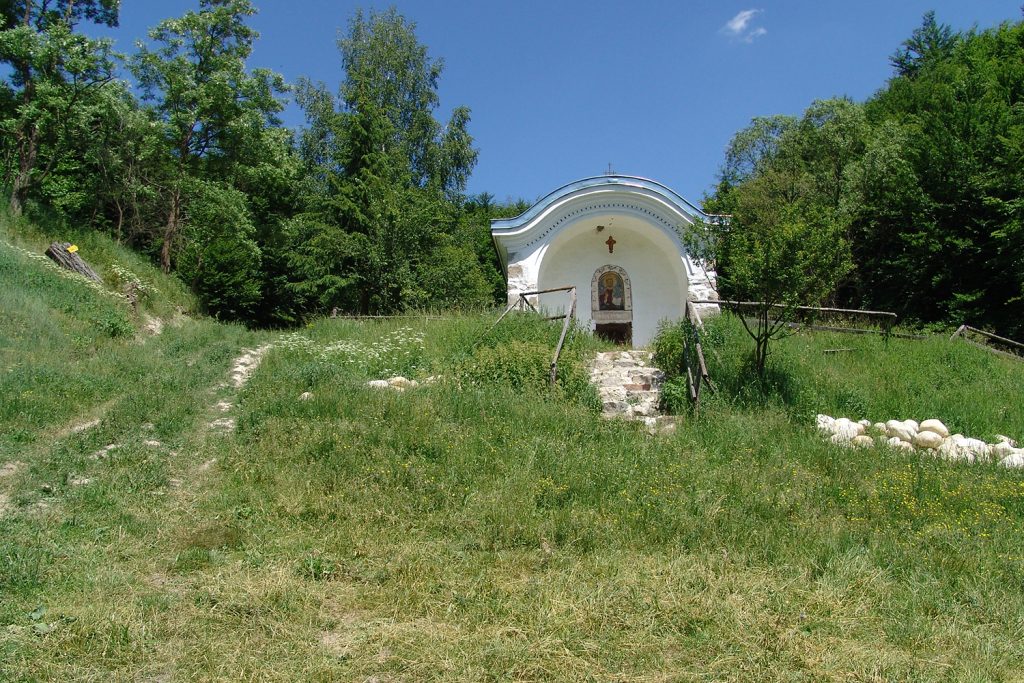 View of the church building from west

The monastery is hard to reach, it is located on the slopes of Plana Mountain, at 8 km to the north of the village of Alino, Samokov region, and it can be accessed through an unpaved road by foot or with a jeep in favorable weather.

We have no historical evidence about the early history of the monastery. The church was decorated in 1626 as witnessed by the donor’s inscription in the naos. The donors came from Alino and we know some of their names from the inscription: priest Zlatan, priest Stoycho, priest Valko, hieromonk Elisei. The village of Alino is mentioned in Turkish documents of the end of the 16th c. but so far we have no data from this period about the existence of the monastery.

Donors’ inscription from the west wall of the naos

The church is small, some 8 to 4 m, and it is a single-nave building with one apse and a half cylinder dome without a narthex. What distinguishes it among the rest of the similar churches built in our lands in the 17th c. is the conch on the north side and the architecture of the western facade, reminiscent of antae. The church was part of a monastery ensemble. Until a decade ago the ruins of a house could be seen at about 120 m to the west of the church, built significantly later than the temple. Today on this site there is a new building.

The frescoes in the church date from 1626 and there is just one painting layer in the church interior. The technological research and the comparative style analysis reveal that the murals were made by a team of two icon-painters who worked at the same time in the different parts of the naos. The painting decoration in the patron niche on the western facade of the church dates from around 1850, as witnessed by the donor’s inscription under the image of Christ Pantocrator.

In the program of the most sacred parts of the church – the vault and the altar – there are many dogmatic images of Christ. On the vault: Christ Ancient of Days, noted as Sabaoth, Christ Emmanuel with a bishop’s staff instead of the usual scroll in his left hand, Christ from the Ascension composition is in the highest part of the eastern wall above the window with the image of the Holy Mandylion beneath it, and Christ Angel of the Great Council is painted right above the apse. In the apse concha we see Theotokos Wider than Heaven with angels at her sides, as well as Communion of the Apostles and Officiating Church Fathers. The altar program is complemented by Annunciation and Abraham’s Hospitality. Beside the scenes of the Great Feasts and the Passions of Christ in the naos there are a couple of compositions connected with the post-Resurrection miracles of Christ: Meso-Pentecost, Christ healing the blind and the lame, Christ burning the chaff on the threshing-floor on the southern wall and the Wedding at Cana in Galilee on the northern wall. To the figures of the church fathers, the warrior and healer saints, the authors of the fresco program of the Alino church have added the Balkan venerable saints, among them St John of Rila, St Joachim of Osogovo, St. Prohorus of Pcinja.

The Betrayal of Judas from Alino Monastery and the church in Selnik, detail

Macedonian scholar Mirjana Mashnić states that some of the murals in the Alino monastery church were made by the icon-painter who worked on the decoration of St. Petka Church in the village of Selnik, Delchevsko region in the territory of the Republic of Macedonia, dated to the same period. This attribution is weighty and the comparison of the two monuments, the similar style and the analogies in the epigraphic material confirm Mirjana Mashnić’s opinion. 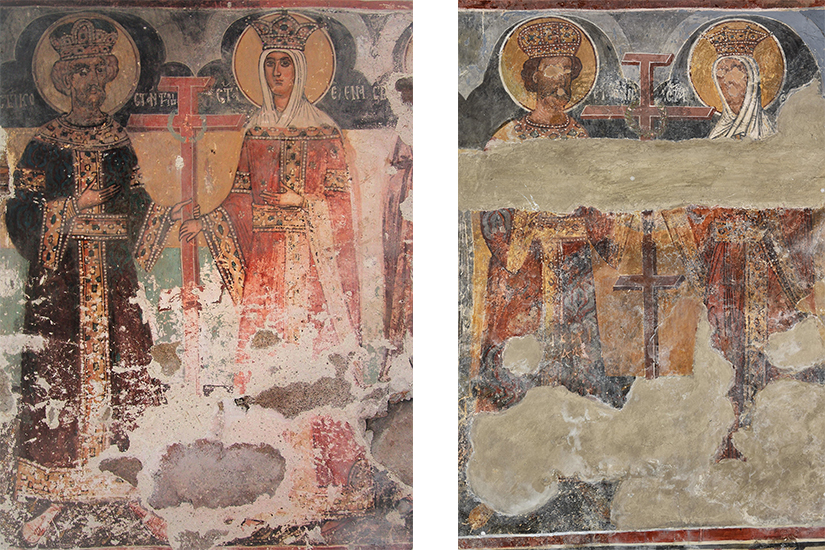 The Alino church was decorated by two leading masters. One icon-painter worked in the altar and the space next to the conch on the northern wall and to the window of the southern wall, while the murals in the western part of the church were made by a different icon-painter. And it was the master of the western part of the Alino naos who also painted the murals in St. Petka in Selnik, probably shortly after working at Alino. His name is fragmentarily preserved in the donor’s inscription in St. Petka church: the last name Komnov is preserved entirely while the first name is by all probability Iovan. 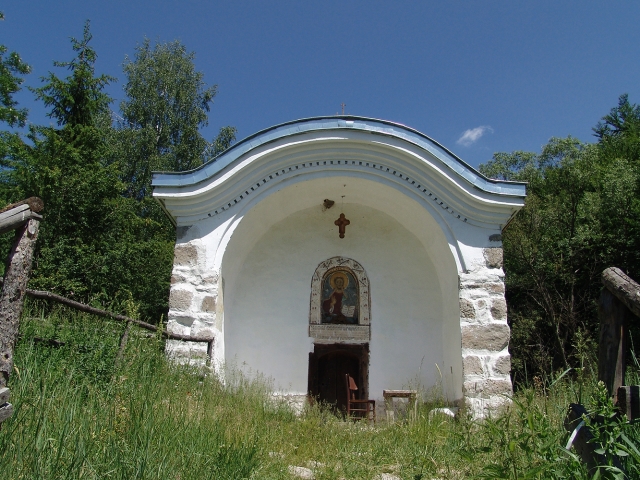 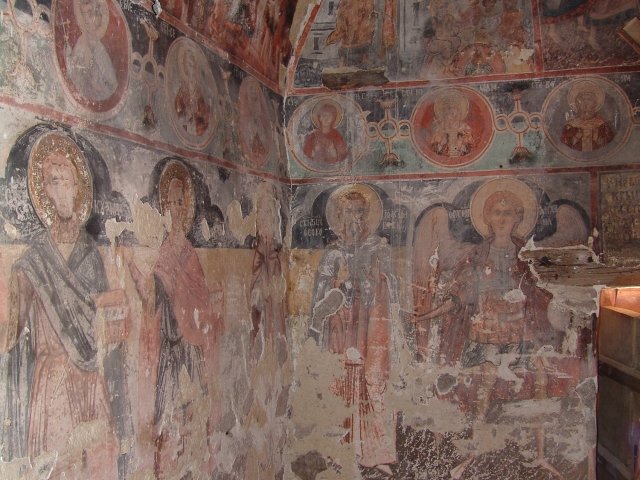 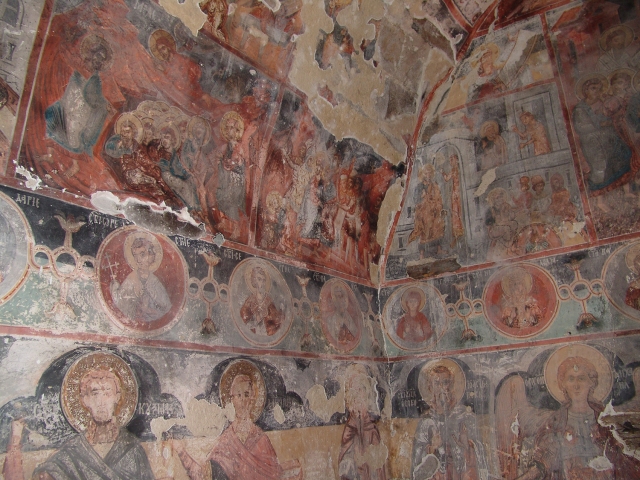 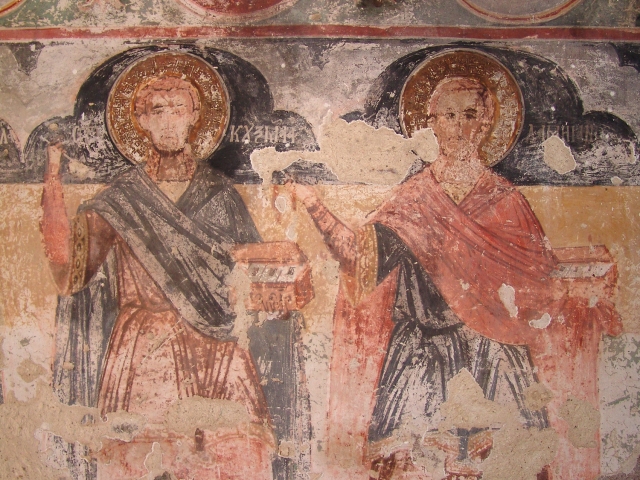 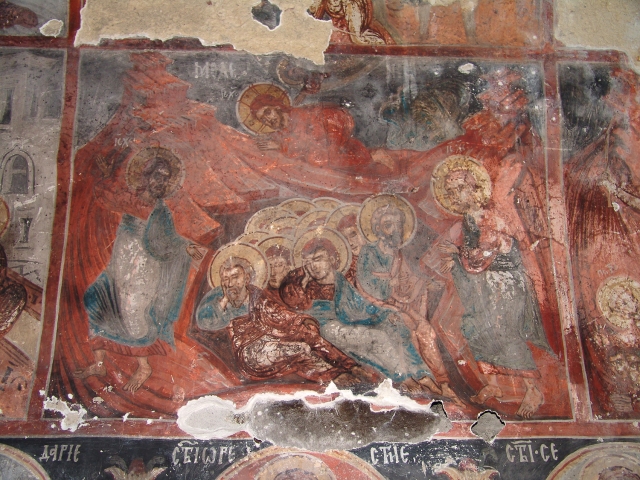 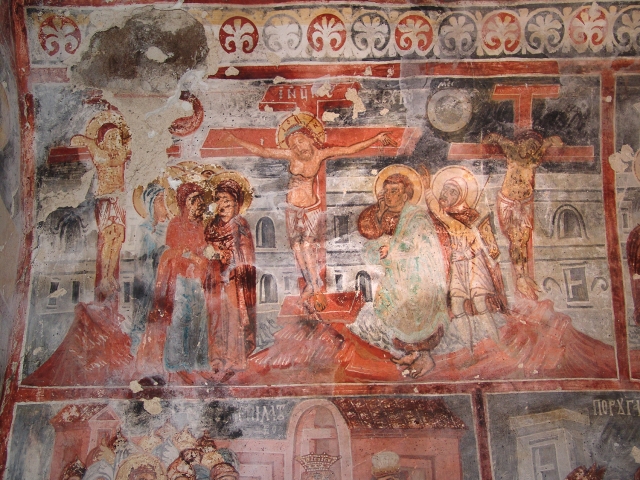 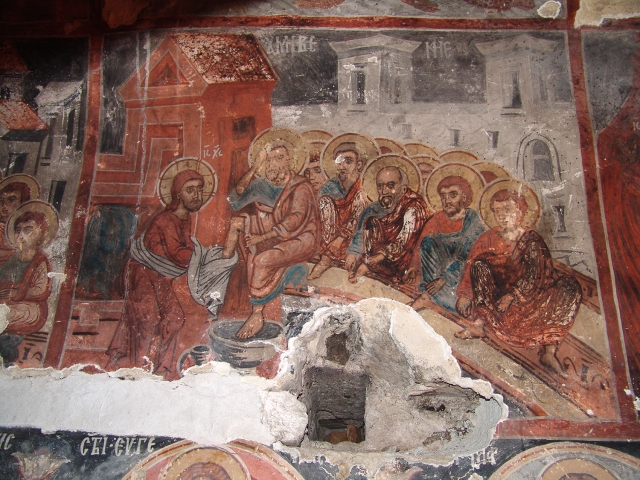 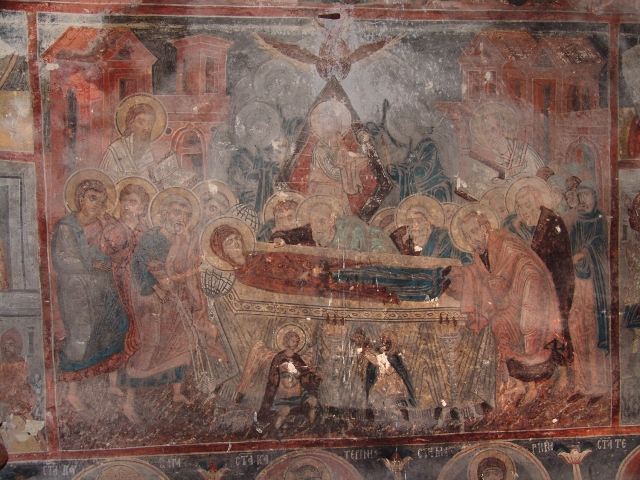 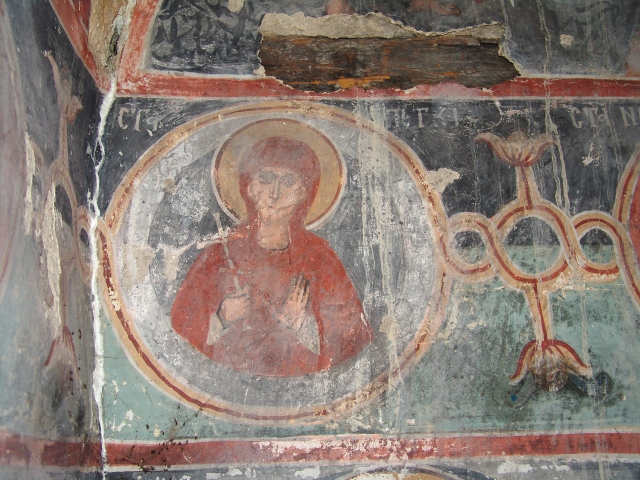