The church of Panagia Koubelidiki, view from the southeast

In the highest part of the town of Kastoria (Northern Greece) rises the emblematic church of Panagia Koubelidiki (also Kastoriotissa). The temple used to be in the stronghold of the city, right next to the fortress wall and today it is situated in the space between Μητροπόλεως and Καραβαγγέλη streets.

Some authors believe that the church was erected at the end of the 9th or in the 10th c., but the majority of scholar sustain it was built in the 11th c. Its medieval name Kastoriotissa comes from the Greek word κάστρο (Lat. castrum, fortress). The name Koubelidiki which became popular in the Ottoman period (from the Turkish word meaning dome) highlights the architecture of the building, distinctive for its dome, which tells it apart from the rest of the churches in Kastoria.

The church is a small building with a naos with three conchae and a tall dome, supported by four arches. To the west the naos becomes a narrow domed narthex which width is larger than its length. The church is built of rocks and bricks, with brick decoration. At the end of the 15th c. another narthex was added, whose dome was destroyed and replaced by a gable. The entrance is to the west. 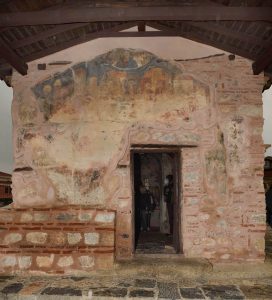 The western façade of the church of Panagia Koubelidiki

The church of Panagia Koubelidiki preserves painting from several decoration stages dating from 1260-1280 to the 17th c. Though partially destroyed, the frescoes cover almost entirely the interior and the western façade. The 15th c. painting is dated precisely by the dedicatory inscription of Andronik of 1495/96, published by Anastasios Orlandos.

In the first register in separate frames are depicted Elijah the Prophet fed by the raven and Theotokos of the Passion to the north of the entrance, as well as St. John the Baptist to the south of the entrance. The last image from the south is the figure of St. Petka which was painted in a later period. Only the silhouettes of these figures are discernible today but there are photographs published by Chrysanti Mavropoulou-Tsioumi 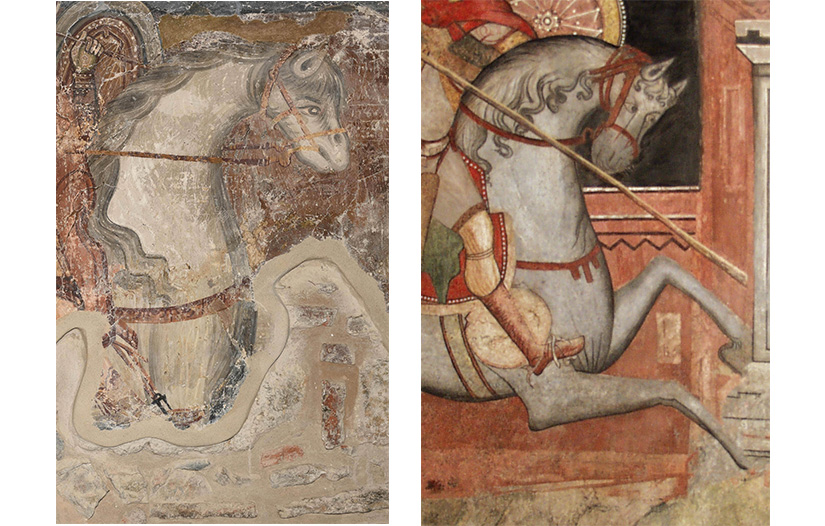 The monumental painting from 1495/1496 at Panagia Koubelidiki belongs to the mature stage of the development of Kastoria ateliers in the 1490s. Their works are also the fragment in the church of St. Nicholas of Archontissa Theologina in Kastoria (end of 15th c.), the frescoes at the Poganovo Monastery (1499) and part of the paintings at St. Petka in Brajchino (end of 15th c).

The frescoes on the western facade of Panagia Koubelidiki find their closest stylistic parallel in most of the painting in the narthex of the church of Kremikovtsi Monastery (1493). Here we should underline the rare variant of the image of St. John the Baptist without wings and holding a scroll, present in the two monuments. 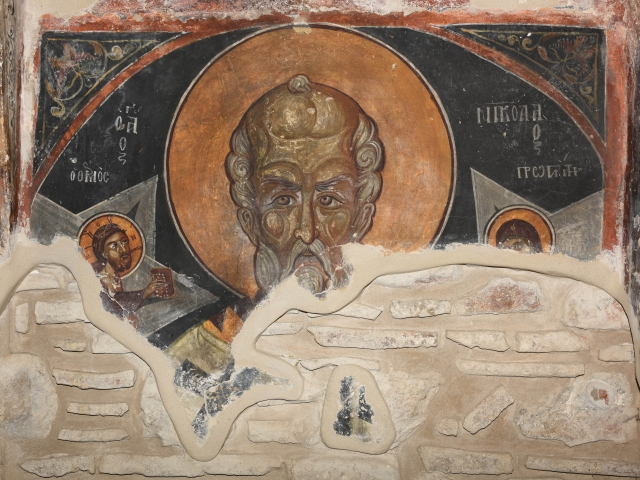 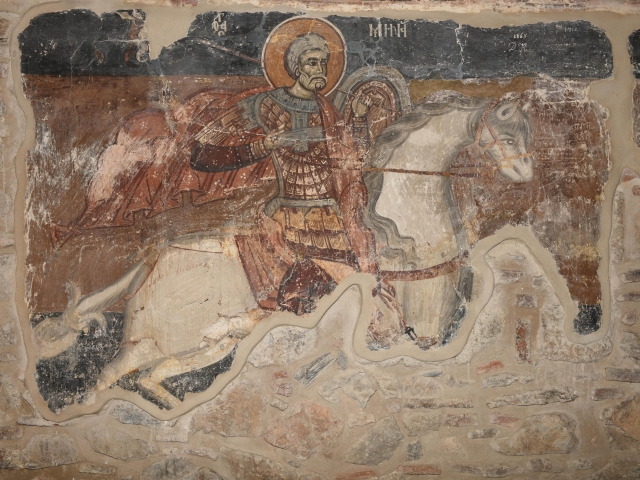 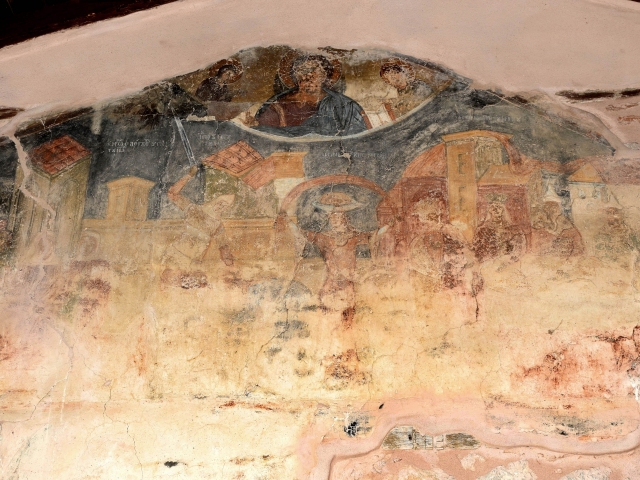