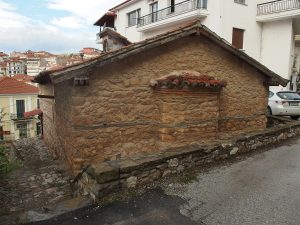 The church is located in the quarter of St. Thomas (Mouzeviki) in the town of Kastoria. It is situated in the space between the streets Νοσοκομείου and Αγ. Θεολόγων. A steep staircase leads to the entrance of the church.

We have no historic records on the time of the church erection but judging from the characteristics of the original painting the scholars date it to the end of the 15th c. The renovation of the church dates to the 1663 as stated by the inscription in the field above the entrance to the narthex on the western wall of the naos with the names of the donors: the highly reverend archontissa Theologina and her husband Ptesios. The church keeps four icons from the 17th c, and in the narthex there are other donor’s inscriptions: from 1688, 1692, 1699, 1719, 1789 and 1875. 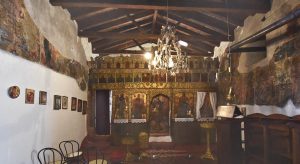 The interior of the St. Nicholas Church of Archontissa Theologina, view from the west

The greater part of the frescoes in the church dates form 1663 and according to Ioannis Sisiou were made by icon-painters from the now non-existent village of Linotopi in the mount of Gramos. A big fragment of the 15th c. frescoes survives on the northern wall of the naos.

Frescoes of the end of the 15th c. 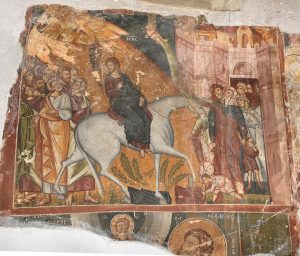 The fragment on the northern wall occupies mainly the second register and includes scenes of the Great Feasts and small parts of the lower zone, once featuring standing figures of saints. The images present a well-preserved composition of Entry into Jerusalem; the images of St. Theodore Tyron and Blessing Christ from the mirror composition with St. Theodore Tyron and St. Theodore Stratelates; a fragmentarily preserved scene of Crucifixion; the lower part of the compositions of the Myrrhbearers at the Tomb of Christ and Descent into Hell. Under the Descent into Hell there is an inscription witnessing that on the northern wall of the altar space there used to be a depiction of the Vision of St. Peter of Alexandria, which hasn’t been mentioned in the existing publications.

The style, as well as the mirror composition of the images of St. Theodore Tyron and St. Theodore Stratelates, the detailed development of the secondary characters of the scenes of the Entry into Jerusalem and of the Myrrhbearers at the Tomb, St. John covering his face with his hands in a dramatic gesture in the scene of the Crucifixion, etc. prove that the painting in St. Nicholas of Archontissa Theologina belongs to the representative works of the mature period of the Kastoria artistic circle of the 1490s. In all probability the master who created the paintings in the church has worked on the upper registers of the naos of St. George in the Monastery of Kremikovtsi (1493). Some very close stylistic and iconographic features can be seen in the mural decoration of the Poganovo Monastery church (1499). 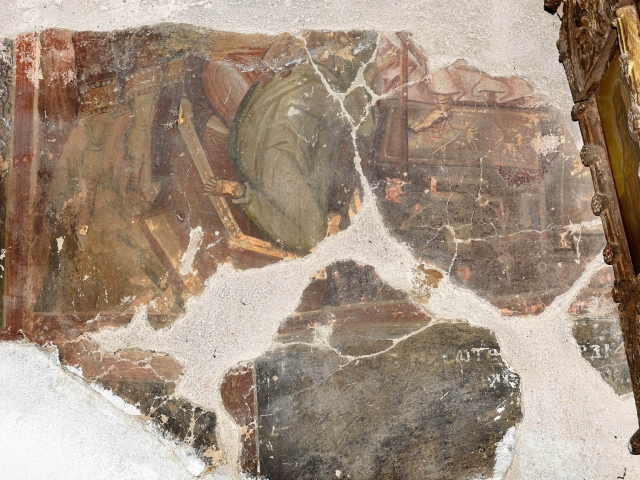 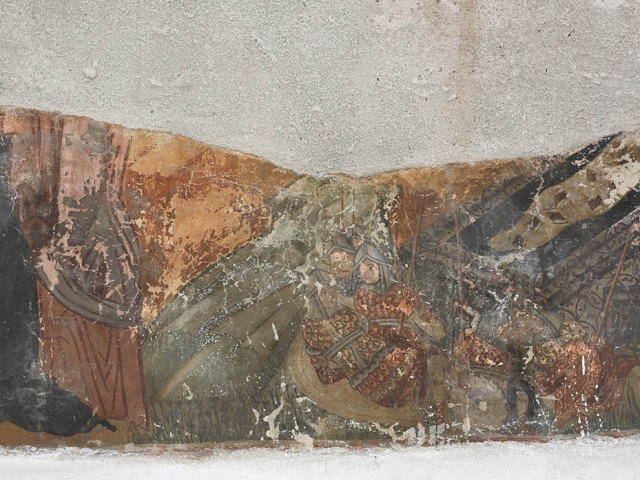 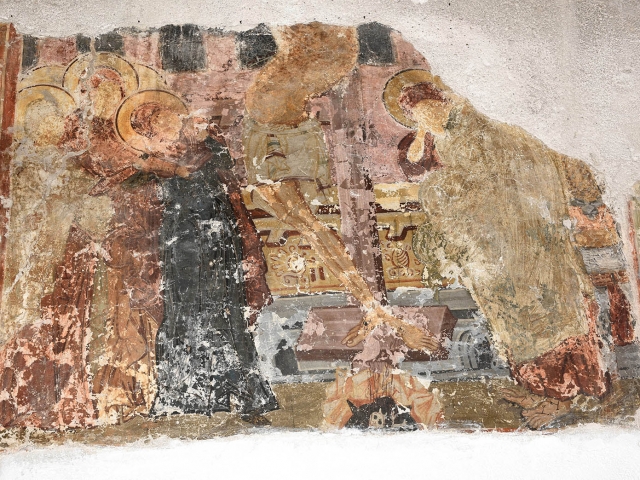 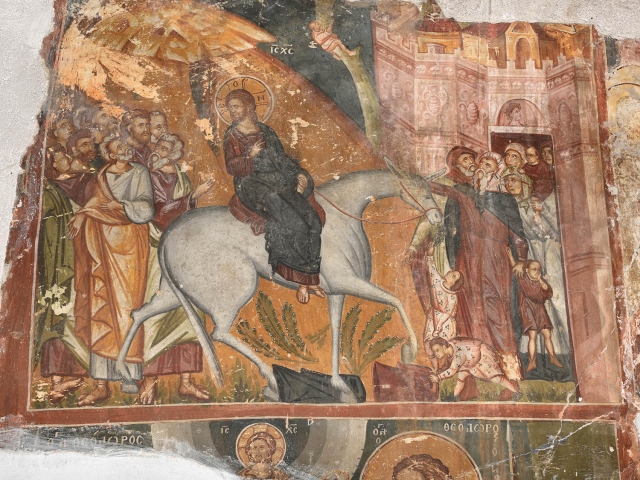