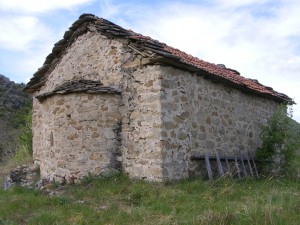 The church of St. Saviour near the monastery of Chebren, view from the northeast

The Saviour Church is located in the region of Mariovo in the Republic of Macedonia, on the right bank of Cherna Reka River and at 5.5 km from Zovik Village. The temple rises at some 500 m to the southeast from St. Demetrios Monastery.

The one-time village of Chebren does not exist today and the church is accessible only by foot from the Zovik Village region or by an off-road vehicle on a dirt road.

Today the partly preserved monastery complex comprises a catholicon, residence and farm buildings, a school, etc., locked in a courtyard with a high stone wall with turrets and arches. The archeological excavations of 1976-1978 proved that this was the site of a city founded in Late Antiquity which, in the Middle Ages (11-14 cc), bore the name of Chemren. The one-time village of Chebren was its successor. In the temple of St. Demetrios only part of the altar space is original and today there still can be seen traces of paintings probably dating from the 15th c. 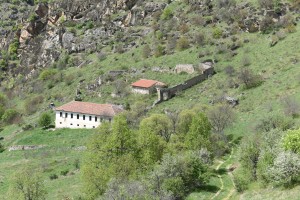 The Saviour Church, though outside the courtyard, is part of the complex. Both its location and its dedication lead to the hypothesis that it used to function as a funeral chapel. Georgi Traychev however points out that there is evidence that region in the times when Chebren Monastery was a very important church center, the privileged inhabitants of Mariovo solemnly transferred an icon of Saviour to the monastery and that the chapel was built afterwards. For that reason the monastery patron saint’s day is the Saviour (St. Spas) rather than St. Demetrios’ Day.

What is certain is that the donor’s inscription on the southern wall of Saviour Church, which was olny partly published by P. Milkovic-Pepek, bears record that the church was build and/or decorated in 1533 with the funds of hegumen Varlaam and hieromonks David, Ioachim, Mitrofan and Pavel (?). The illegible part of the inscription contains other names and by all probability all donors were monks at the monastery 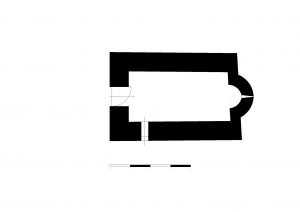 Plan of the church of St. Saviour

The restored a couple of years ago church of the Chebren Monastery was built at the end of the 15th – beginning of the 16th c. on the remains of an earlier medieval church, which in its turn was erected over a 4th-century basilica.

The late medieval monastery was almost entirely destroyed in 1917-1918 during World War I. Therefore only a part of the altar space of the post-Byzantine monastery church of St. Demetrios is preserved.

Since it is located outside the monastery, the Saviour Church was not damaged during the war. It is a single nave and single apse church, without a narthex and is 7 х 4.4 m wide; the height to the upper edge of the plaster is 2.33 m and 4.3 m to the highest point of today’s gable roof. The construction is made of rubble. The original covering of the building is destroyed but the temple didn’t have a barrel vault, as was the custom, but a wooden ceiling and a gable roof. The entrance of the church is from the West; the interior is illuminated through a single window on the southern wall and a small apse window. On the western façade there is a patron niche.

Even if in bad condition, the frescoes from the only stage of decoration of 1533 are preserved on the four walls of the church.

On the eastern wall are presented the Theotokos and Child, Adoration of the Sacrifice (St. Basil the Great holding a folded scroll), Annunciation, St. Stephan and St. Roman. In the fields formed to the North and South of the apse are painted the stylites Simeon and Daniel.

The upper register of the other three walls of the church is occupied by the Great Feasts, presented in an abridged version: only in 9 scenes because of the dimensions of the building. Untypical for this kind of small churches is the representation in separate fields of the figures of hymnographers St. Cosmas of Maiuma and St. John Damascene, flanking the Dormition on the western wall.

The lower zone in the northern and the southern parts of the altar space comprises the Vision of St. Peter of Alexandria with Arius in the mouth of Hell and the figures of St. Spiridon Thaumaturge (Miracle-Worker) and St. Cyril of Alexandria. Flanking the entrance on the western wall there are Archangel Michael and St. Constantine and St. Helena. The low register of the southern and the northern walls is dedicated mainly to the Deeisis with Christ King of Kings and Theotokos Queen and warrior-saints in aristocratic attire. Among their ranks there are also healer-saints and on the northern wall in front of the iconostasis are presented St. Athanasios and St. Nickolas.

The hands of two icon-painters are discernible. The first painter, whom we can call leading has worked in the altar space and on the register with the Great Feasts cycle. A work very close to his style is found in the monumental painting of the Kastoria artistic circle of the end of the 15th c. Another icon-painter has painted the full-length figures on the three walls of the naos of Saviour Church. The frescoes in the St. Athanasios Chapel in Koustochori – a village in the region of the town of Veria in northern Greece – can be ascribed to him or to a master with a very similar style from the same atelier.

The building has been restored and kept up by the Museum of Bitola and is in good condition. The frescoes that are about to be restored are quite faded due to their direct exposure to the elements after the collapse of the roof. Nevertheless, the paintings cover all four walls of the temple and the most serious damage is in the uppermost register. 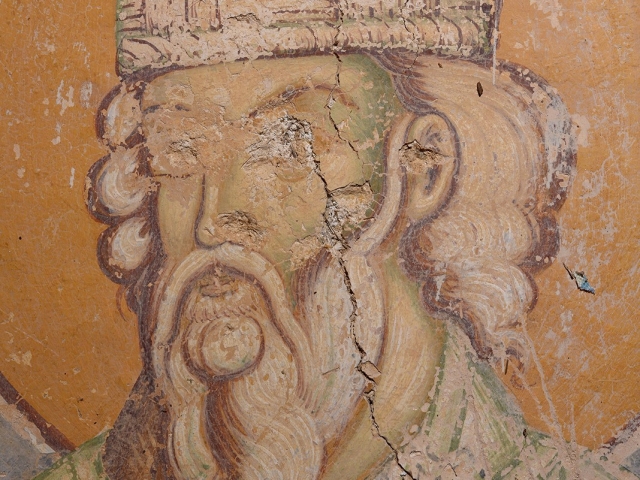 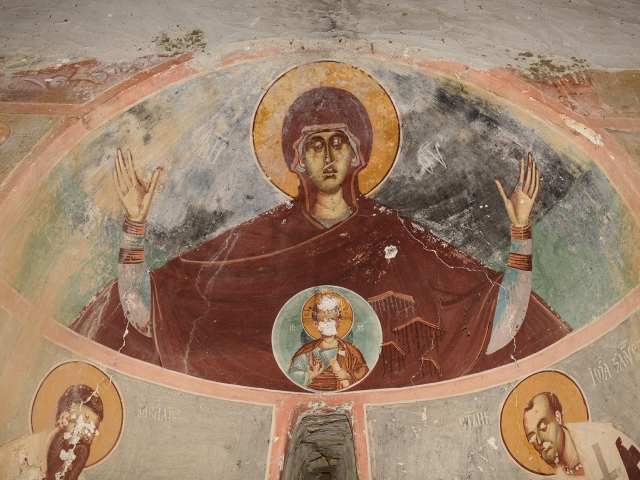 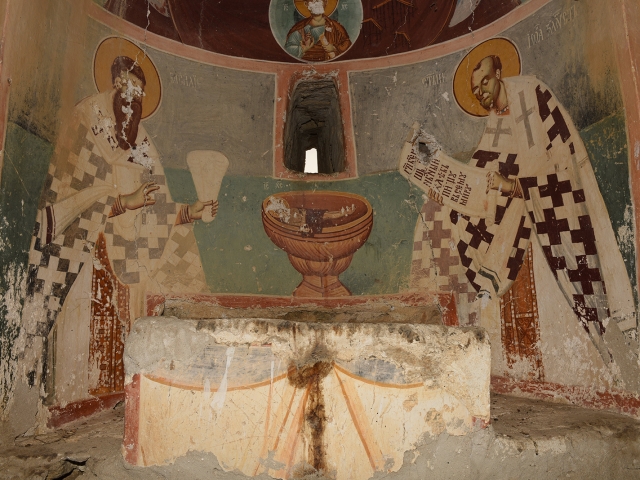 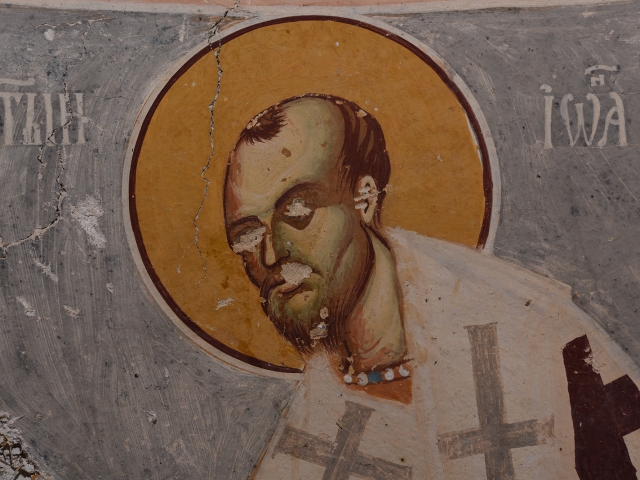 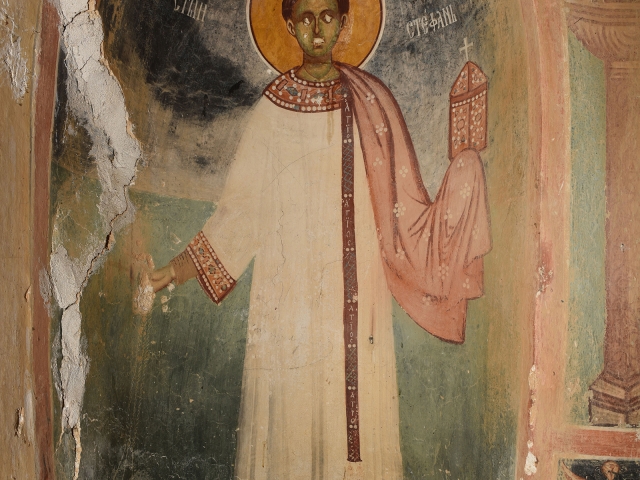 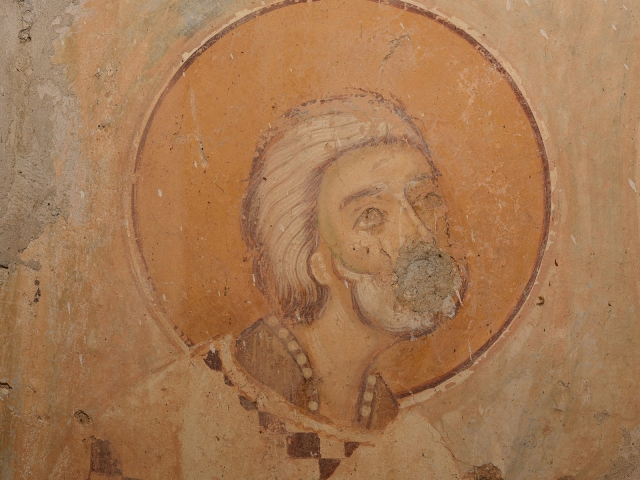 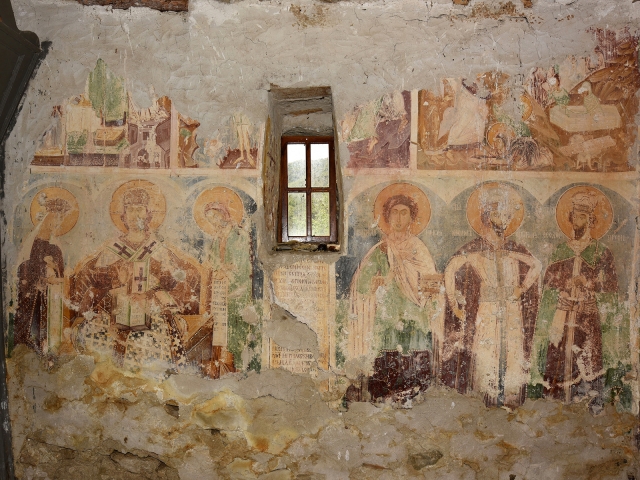 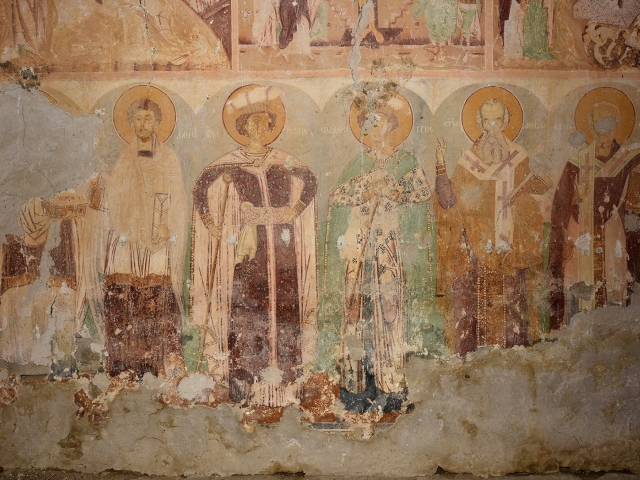 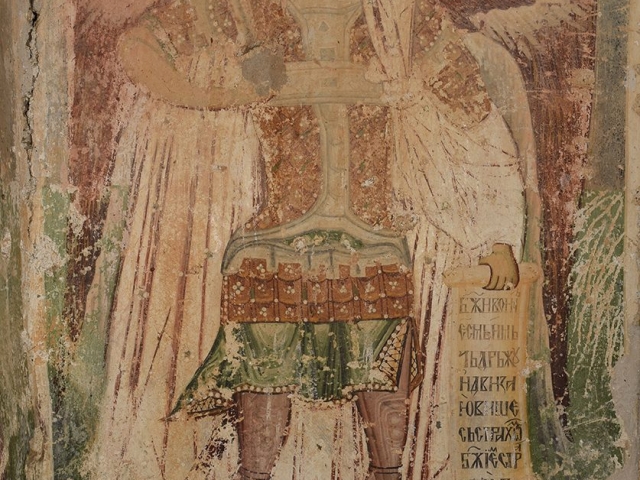 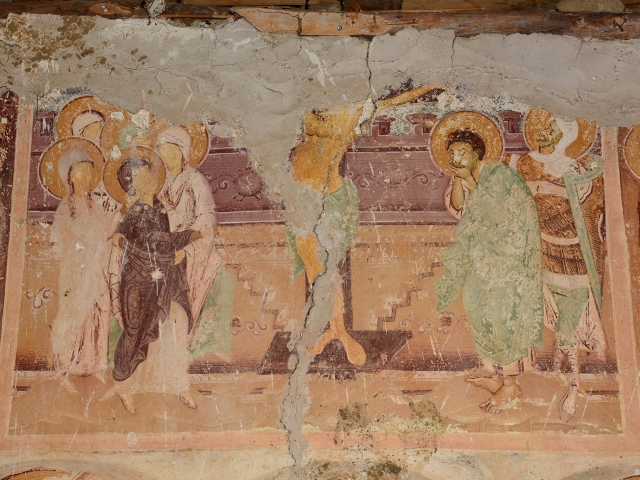 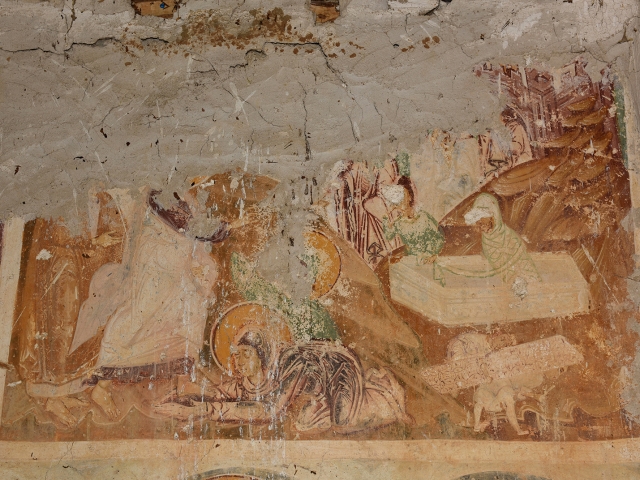 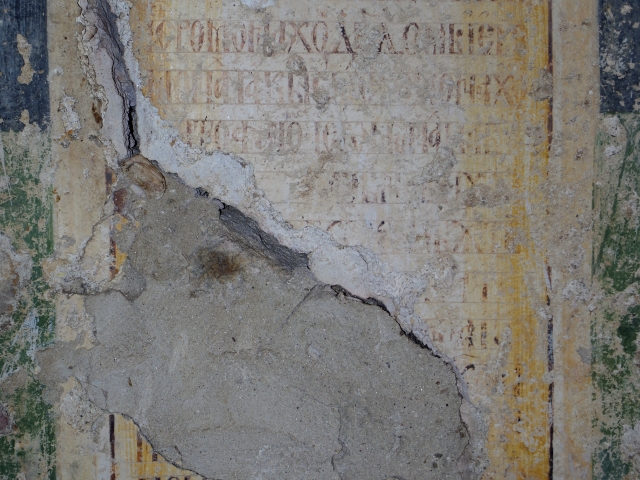