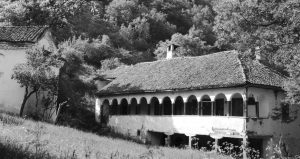 Mislovshtitsa Monastery of the Assumption

The Mislovshtitsa Monastery of the Dormition is located at some 12 km from the town of Tran, between the villages of Velinovo and Filipovtsi. It is situated in the valley of a rocky area, where runs the river of Mislovshtitsa.

The extant sources about the history of the Dormition Monastery are scarce and refer to the period from the 19th to the middle of the 20th c. Recent research showed that the temple might have been built and decorated at the end of the 15th – beginning of the 16th c. and that in the middle of the 19th century a narthex was added. In the temple there are a couple of preserved inscriptions which give information about the monastery’s history.

The first reads that in 1893 the church was visited by hieromonk Maxim. He scratched a graffito on the murals on the southern wall of the church. It says that Maxim was born in the village of Kosturintsi, mentions the name of monk Arsenius and marks the year of his visit – 1893.

Today there is another inscription on the northern façade of the church, above the door. From it we learn that the narthex of the Moslovshtitsa Monastery church was built by two donors – Dionisios (about whom no historical data exist) and hieromonk Baykushev from Tran. Michail Baykushev started an overhaul of the monastery church, erected the narthex and the monastery buildings. He died at the Mislovshtitsa Monastery in 1880. After his death the monastery was governed by hieromonk Gerasim Tsvetkov (from 1876 to 1894), priest Dimitar Tsvetanov (1859-1899) and hieromonk Agathon (1899-1909). The last hegumen of the monastery hieromonk Methodii Milanov Sokolov governed the monastery from 1910 to 1960. A stone plaque with his name dates from this period and in 1924 the image of the Theotokos Wider than Heaven was painted in the apse with his donation.

The northern facade of the church

The Dormition church occupies the central place in the Mislovshtitsa Monastery complex. Its architectural type is characteristic of most of the monuments in Western Bulgaria. It is a single nave church with one oblong naos and a small narthex, covered by a gable roof. The naos is 5.60 х 3.50 m, built of rubble with mortar and in the upper part there is a dentil with three rows of bricks. It is covered by a barrel vault. The narthex was built in the middle of the 19th c. from rubble and mortar, bricks are used occasionally. The room is whitewashed. 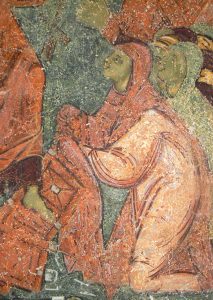 The Harrowing of Hell, a detail

Little of the painting that once decorated the church is preserved. Big part of the frescoes has been removed and is now kept in the depositories of the Regional Museum of History – Pernik. Today, in the temple are preserved the figures of the Great Fathers of the Church from the composition of Adoration of the Sacrifice in the apse and some minor fragments on the southern and the northern walls. The reconstruction of the iconographic program shows that in the naos there were three registers: a register with scenes of the Great Feasts, a register with saints in medallions and a register of full-length figures of saints. Among the extant fragments there are also scenes which are quite rare in the iconographic program of the churches of the post-Byzantine period. These are the compositions Joseph’s Doubt (kondak 3) of the Akathist to the Theotokos, and two scenes illustrating the miracles of Jesus: Healing of the man born blind and Healing of the man with dropsy.

Recent research of the extant painting fragments revealed that probably the icon-painters who executed the murals had known and used models similar to those at the monastery of St. Prohor of Pčinja (Serbia, 1488/9), Holy Apostles Peter and Paul in Orlitsa (Bulgaria, 1491), St. Nicholas Church in the Monastery of Gornjak (Serbia, ca. 1490) and the icon of Kratovo (Museum of Macedonia, end of 15th – beginning of 16th cc.). It can be assumed that the church was painted at the very end of the 15th or the early 16th c., about the same time when the other three churches were being decorated. A typical feature of this artistic circle is the similar representation of the figures’ postures and gestures.

The style of several icon-painting teams is discernible in the abovementioned monuments, which probably accounts for both the iconographic similarities as well as the style differences.

Some researchers believe that these icon-painting teams have been schooled in Kratovo. In 14-15th cc. the city prospered because of its rich mines and the  metal-working. It was an important spiritual and literary center in the region where a literary school was also established. But it is uncertain whether Kratovo was the artistic center where these icon-painters were schooled as no direct evidence exists.

St. Cyril of Alexandria from the churches of the monastery of St. Prohor of Pčinja in the nunnery of Orlitsa and the Mislovshtitsa Monastery of the Assumption

Because of the painting’s poor condition, in 1979-1980 a team from the National Institute of Immovable Cultural Heritage decided some of the murals of the southern, northern and eastern walls of the church to be removed urgently. The restoration team included: Albena Mazakova, Boryana and Blagoy Dzhivdzhanovi. They restored the removed fragments and gave them for safe-keeping to the regional Museum of History – Pernik, where they still are today.

The restored frescoes are kept in specially designed boxes and are in excellent condition. The idea of the project developed by the National Institute of Immovable Cultural Heritage is thatt he Mislovshtitsa Monastery be rebuilt and restored. This is why in 1979-1980 only that part of the frescoes was removed that could have not been conserved until its complete restoration.

In 2004 other fragments in bad condition were also deposited at the Regional Museum of History – Pernik. The frescoes were removed in the early 1990s and transferred to the church of St. George in Breznik. Some of them were lost due to the bad conservation prior to the transfer to the museum. Another part was restored in 2012 at Conservation and Restoration Department at the National Academy of Art by Antoniya Angelova, Boril Nikolov and Dana Zlatanova. The restored fragments are from the southern wall of the church (the figures of St. Peter of Alexandria, St. Anthony the Great, St. Nicholas and St. John of Rila) and are now part of the exposition at the Regional Museum of History – Pernik. 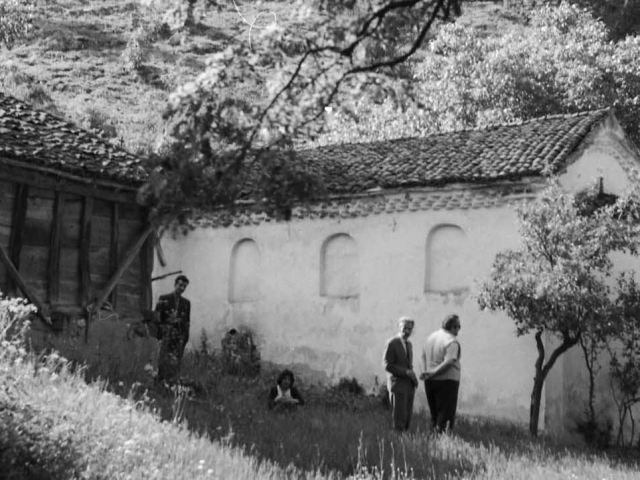 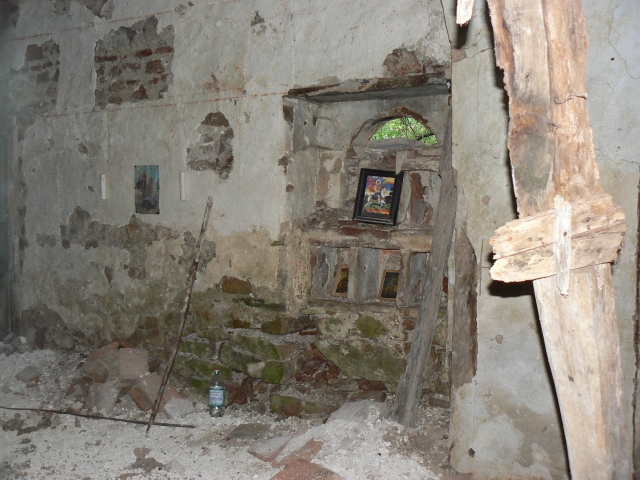 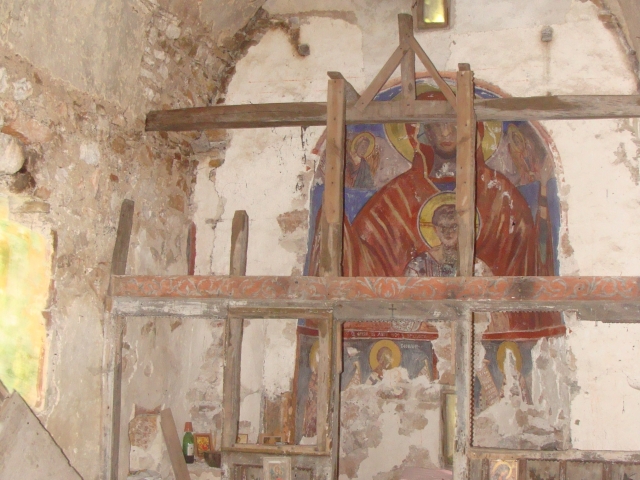 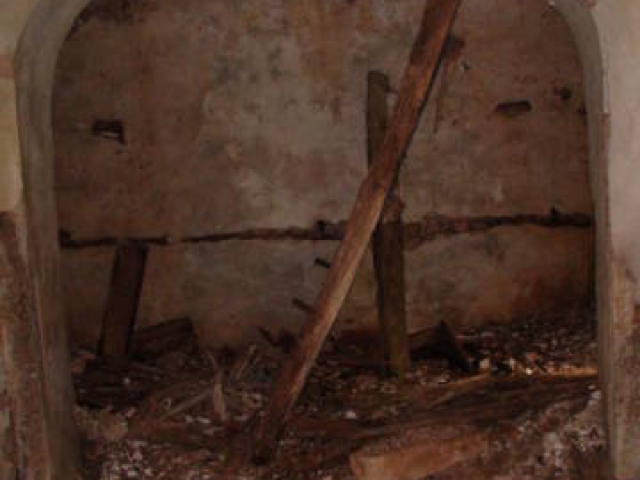 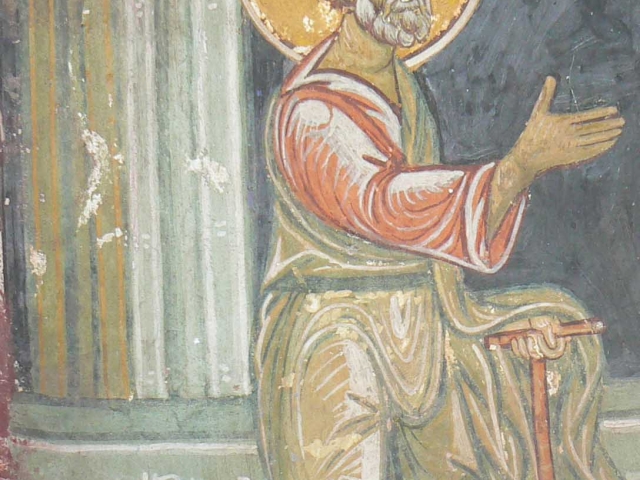 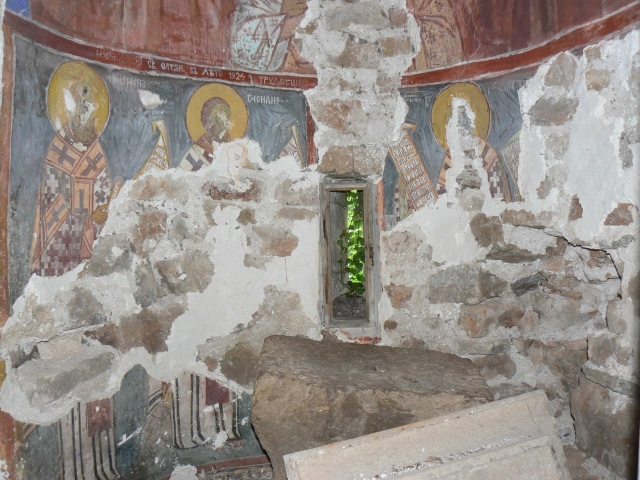 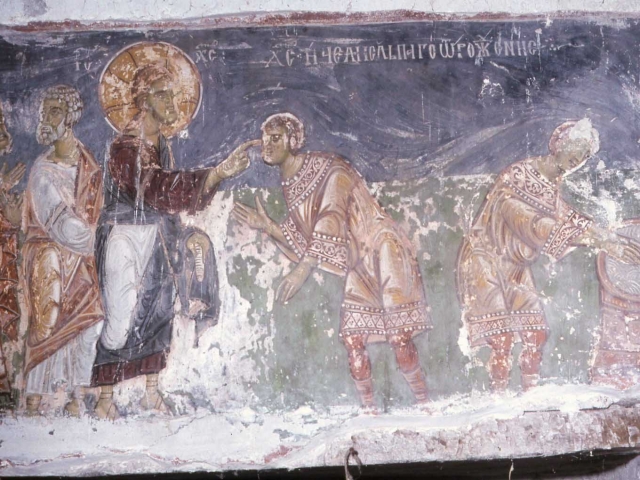 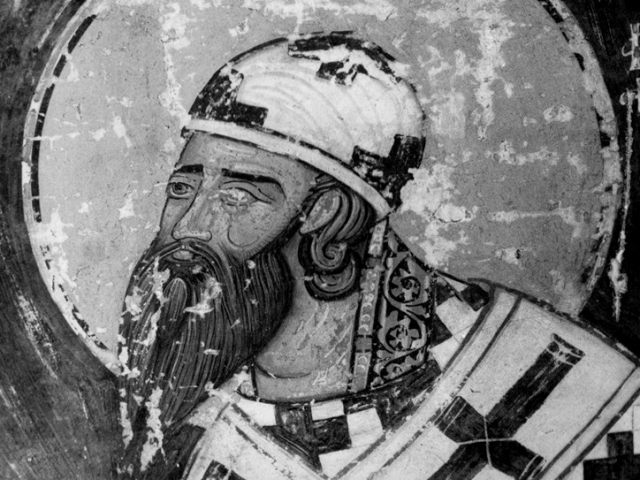 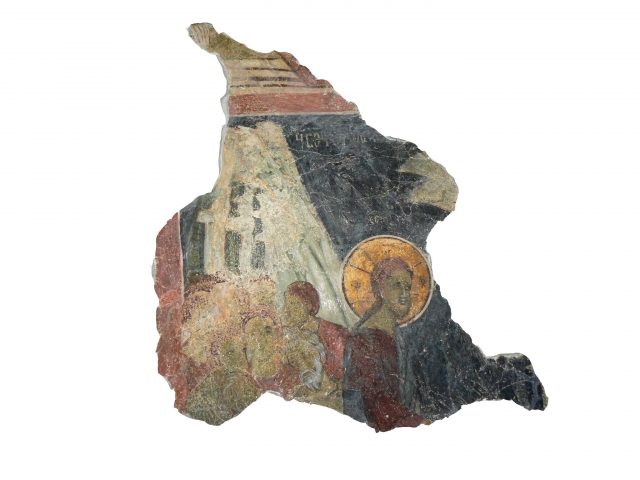 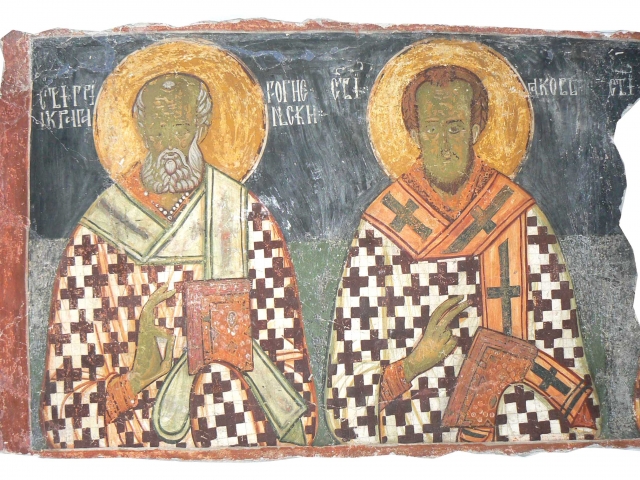 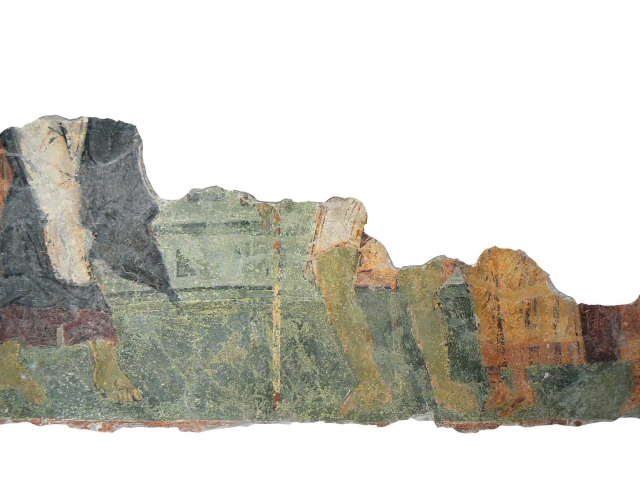