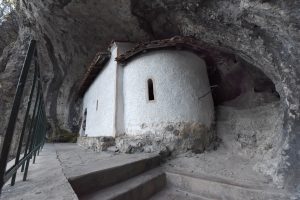 The Church of St. Nicholas, monastery of Gornyak

According to a charter, lost after World War II, the monastery was founded by knyaz Lazar in 1377-1380. The monastery’s first hegumen was Gregory the Sinaite the Young or “of Gornjak”, whose holy relics are kept in a special chapel in the main church. The monastery comprises a main church, dedicated to the Presentation of the Mother of God, a rock chapel dedicated to St. Nicholas and other monastery buildings. The monastery church of Presentation was decorated in 1847 by Zhivko Pavlović, a local icon-painter from Pozarevac. No direct historical evidence survives about the construction and decoration of the rock church of St. Nicholas.

The chapel of St. Nicholas is built in the rocks above the monastery complex. It is a single-nave, one-apse church with a semi-cylinder vault. Because of the rock to the north the exact size is hard to determine: north depth 4.10 m; south 5.86 m apse included; east 3.80 m; west 3.30 m; height 3.15 m. 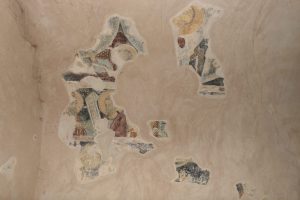 The northern wall of the church 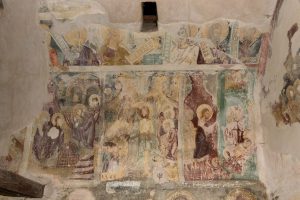 The southern wall of the church

The surviving fragments in the church of St. Nicholas reveal that it was decorated with the most important themes and images of a monastic skete. In the eastern part of the vault was probably depicted Christ of the Ascension composition and to the west there are medallions with the images of Christ Pantocrator, Christ Angel of the Great Council and the Hetoimasia (Preparation of the Throne). The iconographic program unfolds on the northern and the southern side with images of prophets. In the northern part there are six fragmentarily preserved figures and on the southern wall there are another two figures of prophets, on one of which there is an inscription and could be identified as prophet Zacharias.

On the southern and the northern walls are situated the Great Feasts. In the eastern part of the southern wall there is a fragment of the Nativity, followed by Presentation, Baptism and Raising of Lazarus. On the northern wall stand fragments of another four compositions: Entry into Jerusalem, Crucifixion, the Myrrhbearers at the Tomb of Christ and Descent into Hell.

In the lowest parts of the southern wall in the altar space are depicted two small figures from the composition of the Officiating Church Fathers. These are probably images of St. Jacob Brother of God and St. Athanasius the Great. In the western part – there are figures of a warrior saint (St. George), St. Sava of Serbia and St. Simeon Nemanja.

The back wall is occupied by the composition of the Dormition of the Mother of God and the door is flanked by three full-length figures of saints. To the south of the entrance are depicted the figures of an anonymous monk and of St. Stefan the New, and to the north – of St. Ignatius Theophorus.

In the depth of the door are depicted St. Zosimas and St. Mary of Egypt.

The existing fragments don’t allow for a detailed style and iconographic analysis of the painting to be made but the iconographic specifics of part of the scenes and figures show a connection with other monuments from the last decades of the 15th c. and the first decades of the 16th c. In scientific literature they are referred to local ateliers in the region of Kratovo, an important cultural centre in the period. Many men of letters, icon-painters and miniaturists are also connected with Kratovo. To this artistic circle is referred a fragment of an icon of St. Stephan, coming from Kratovo (15th-16th cc) and the mural ensembles of the monastery of St. Prochorus of Pcinja, the church of Peter and Paul in Orlitsa (as suggested by Gojko Subotić), the miniatures of the Gospel of Slepce, a fragment of the façade of Panagia Rasiotissa in Kastoria (end of 15th c.), etc. The frescoes of the church of St. Nicholas in Gornjak can also be listed among them. 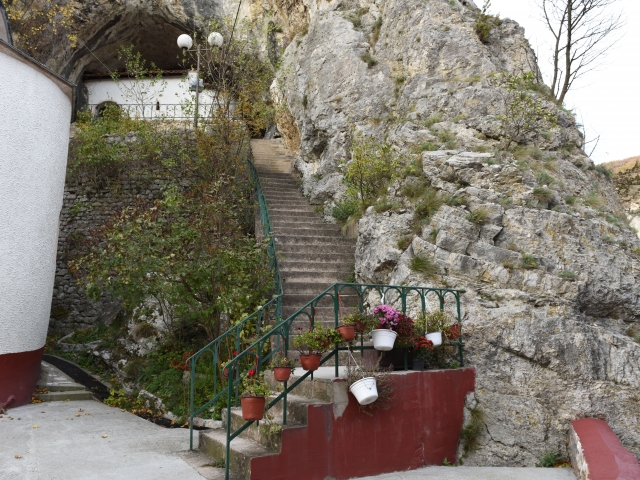 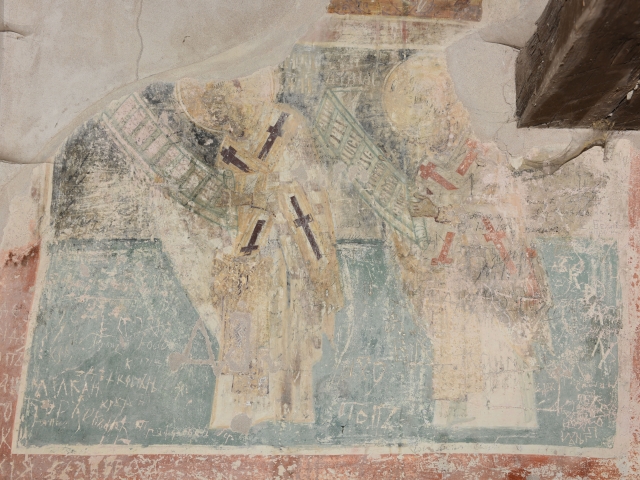 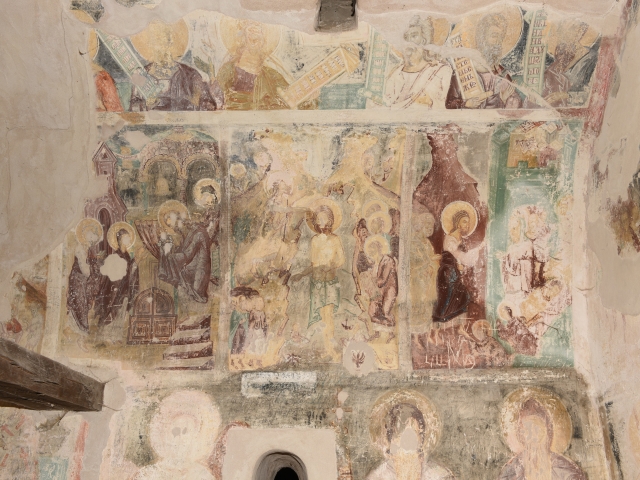 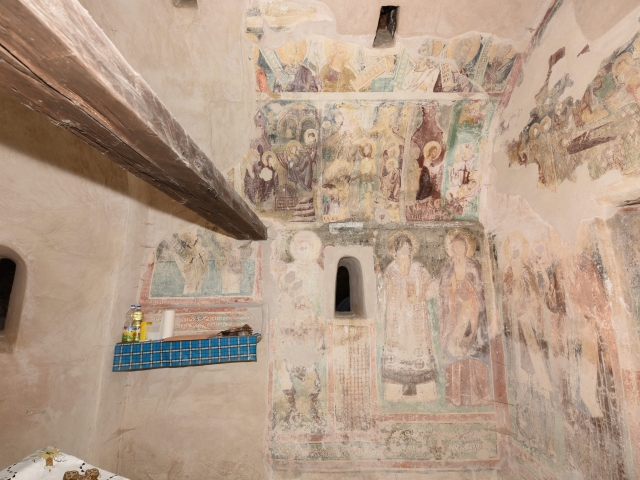 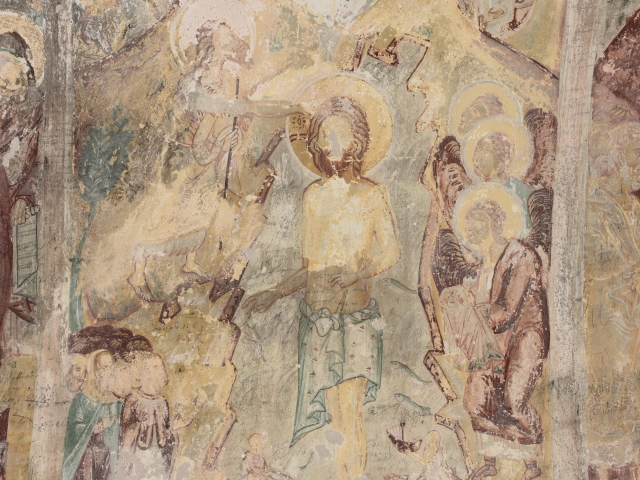 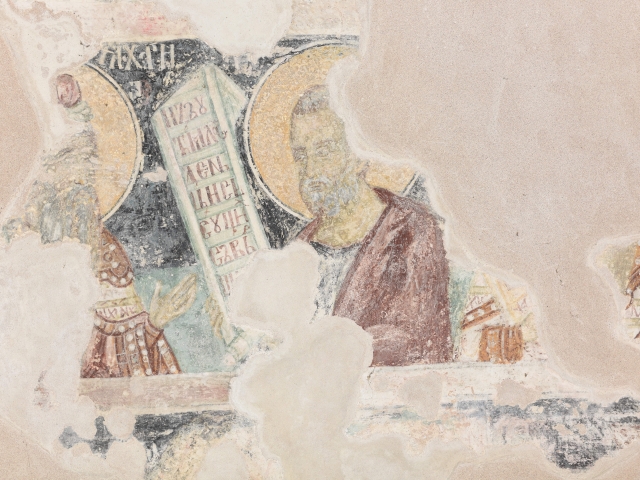 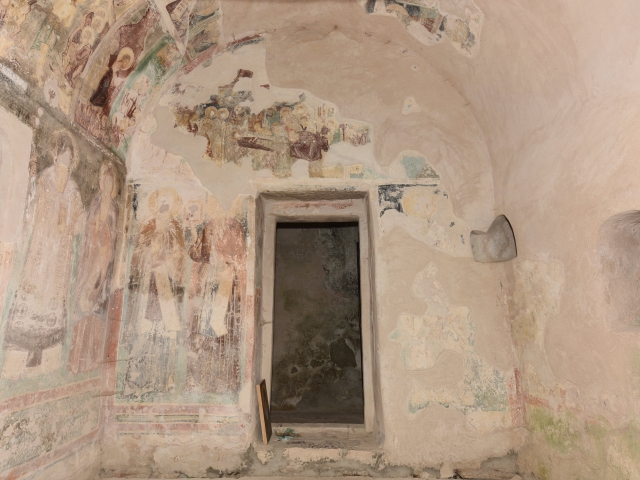 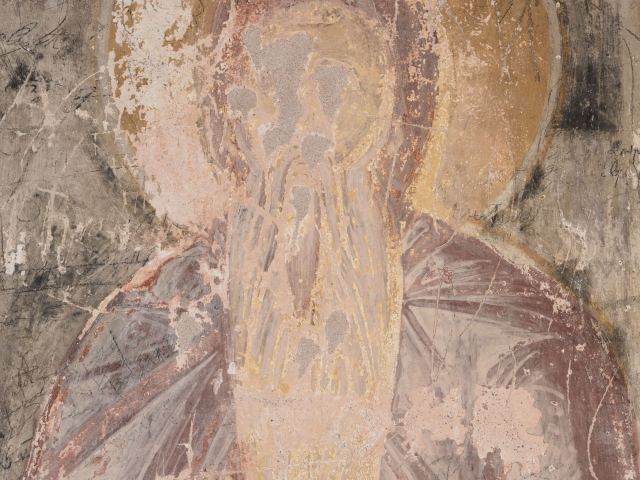