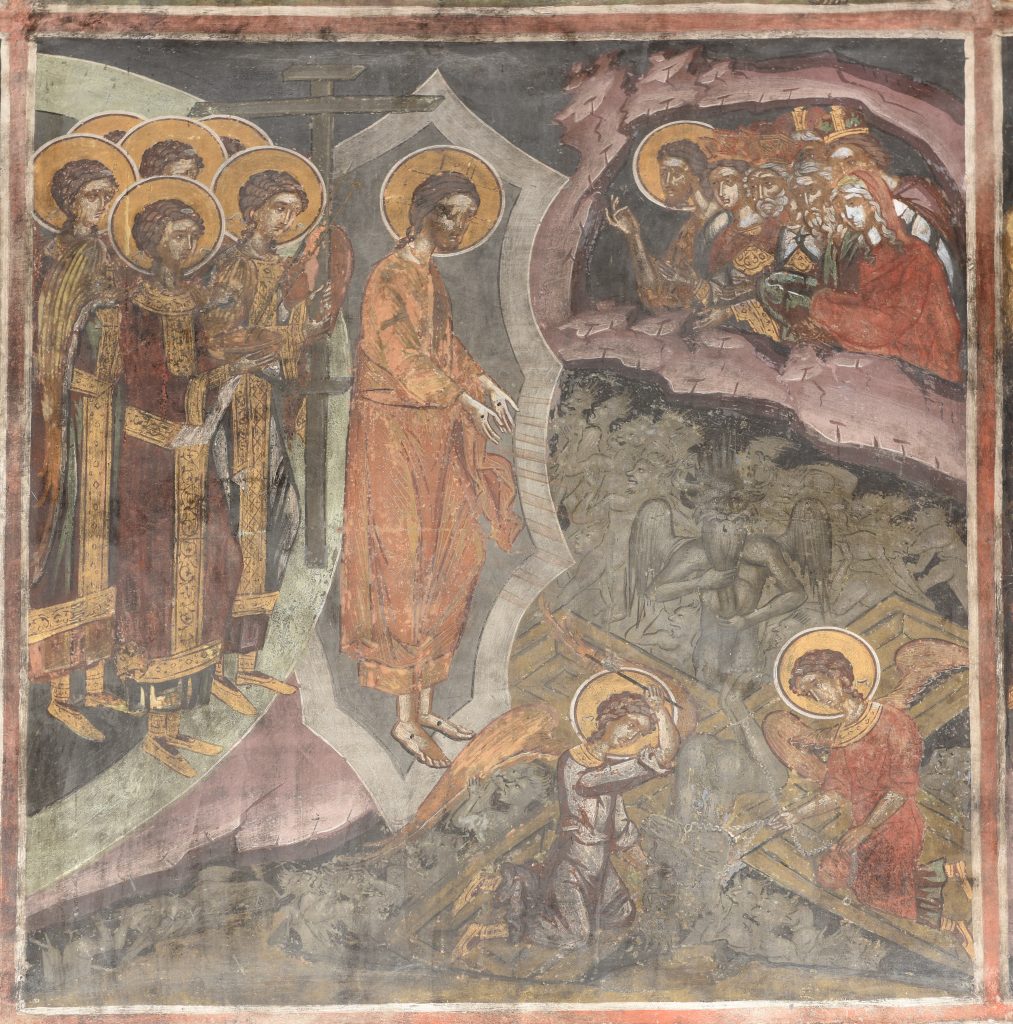 This is the earliest monument preserved in the village. The church is dated to 1558 according to an inscription built into the southern facade. The naos is covered by two semi-cylindrical vaults as one of them covers the other so that the two of them form a cross. The narthex has a lower wooden cover.

The ktetor’s inscription is not preserved. The murals are dated to the years coming shortly after 1558 and are attributed to the workshop of the brothers Georgios and Frangos Kondaris. The mural program is almost entirely preserved. In the zenith of the vaults there are images corresponding to the different parts of the church. There are prophets depicted in the altar, the Divine Liturgy is underneath them, the Christ Pantocrator is in the central part, and the psalms 148, 149, 150 (“Praise the Lord”) are illustrated in the western part. Apart from the common depictions related to the sacrament of the Eucharist, there are several scenes from the cycle of the Miracles and Acts of Christ represented in the sanctuary. 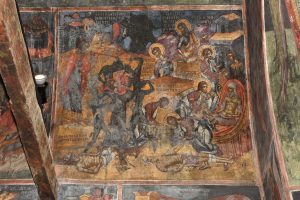 The parable of the Good Samaritan

Some scenes from the Great Feasts are located in the space underneath the central vault, supplemented by several compositions related to Christ and the Virgin. A well-developed cycle of the Passion, episodes representing the events surrounding the Resurrection as well as scenes from the Pentecostarion cycles run in the bottom along the entire length of the naos. The last scenes end in the altar. Despite their small size the compositions often contain numerous supplementary episodes. The two bottom registers are occupied by medallion and full-length images of saints. 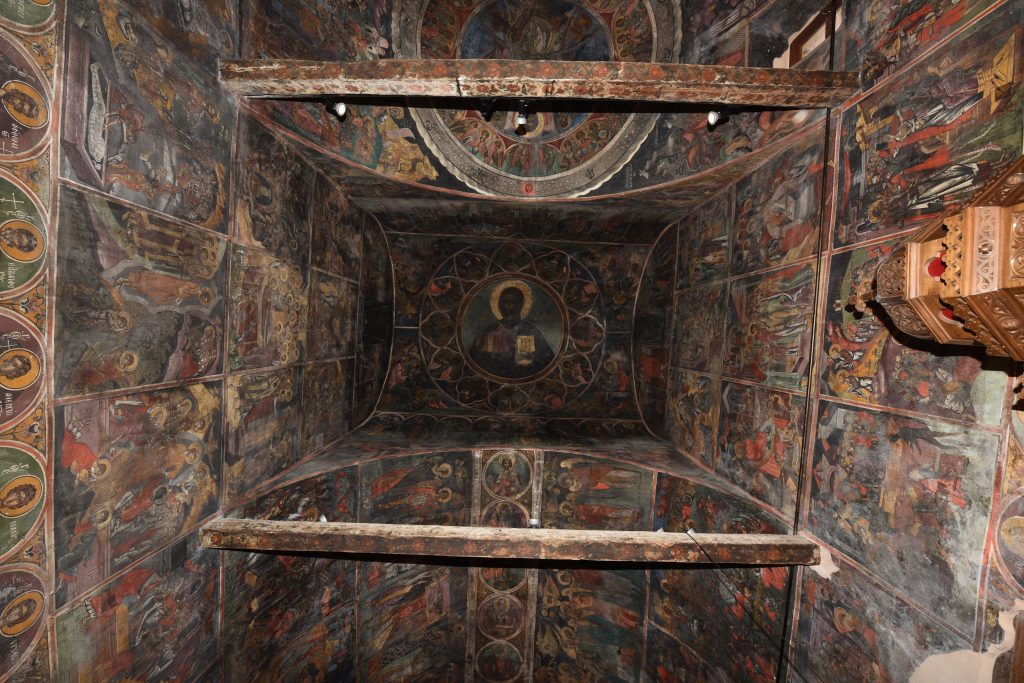 General layout of the murals in the naos