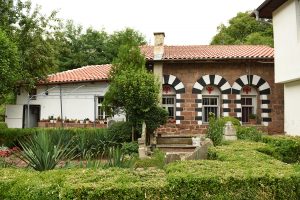 The Kurilo Monastery St. John of Rila is situated at the end of the old village of Kurilo (quarter of the town of Novi Iskar) and at some 15 km from Sofia in the beginning of the Iskar Gorge. Today the monastery is part of the St. John of Rila Psychiatric Hospital.

According to a donor’s inscription which used to stand above the door on the western wall of the naos, the church was built in 1593 with the funds of priest Dragne from the village of Dobroslavtsi and hieromonk Theodosie from the village of Kumaritsa and was painted in 1596 with the resources of Stoyan, a baker from Sofia, and of Stoyan, another baker from Sofia. The decoration works started on March 13 and were completed on the 12th of May.

The church is small (outside dimensions 5.50 х 4.45), with a single nave, a barrel vault (4.4 m high), and one apse. The northern wall of the naos is separated by two pilasters in three shallow arched niches. In the western wall, south to the door, there is a small niche. The three windows are situated on the southern wall of the naos. Probably during the 1846 reconstruction the windows have been widened. It is then when the dome had to be reinforced by means of wooden double arches. The initial entrance to the naos was also widened. In 1830, from the west was added the present internal narthex and in 1846 the exonarthex was built. By 1930, architect P. Karasimeonov had built a stone wall from the East, North and South, contiguous to the original one, as well as a new roof construction.

The naos and the western façade of the church were painted in 1593. According to an account by V. Kanchov above the door on the western wall of the naos there used to be a badly damaged inscription dating the painting from 1816 under hegumen Vikentios; today this layer covers a big part of the altar. It is more probable however that the date was 1846 since the frescoes in the altar and the internal narthex show great similarity. The donor’s inscription in the external narthex dates the frescoes from 1849. 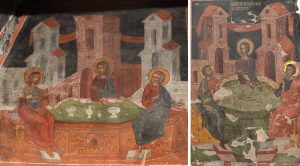 Some of them are still hidden under the later painting layer but the program of the frescoes of the late 16th c. can be deciphered; moreover, the later paintings appear to repeat the older. In the vault there were three big medallions with depictions of God Sabaoth, Christ Pantocrator with the symbols of Evangelists and Christ Angel at the Great Council. At their flanks on the vault slopes were situated half-length figures of prophets. Under the register with the windows, in two tiers stand the scenes of the Christological cycle. Under the scenes there is a frieze with full-length figures of bishops. Under it there is another frieze with medallions of floral motifs with half-length figures of martyrs. In the lowest register there are full-length figures of saints, resting upon a low plinth. To the South from the altar apse is a depiction of the patron saint of the temple – St. John of Rila.

Best preserved are the frescoes on the western wall. To the north of the entrance there are the images of St. Constantine and St. Helena flanked by the Holy Cross and St. Pantaleon and from the South – Archangel Michael, St. Catherine and St. Petka. St. Nicholas is depicted in the niche. The donor’s inscription was above the entrance. In the upper part of the wall, under the arch’s bow are the scenes of the Last Supper and the Washing of the Feet. Under them are the scenes of the Blessing of the Breads, Assumption, and Massacre of the Innocents.

On the original western façade of the church there used to stand the composition of the Last Judgement and above the door in the naos – the composition St. Sisoes before the Tomb of Alexander the Great.

The frescoes in the naos of the Kurilo Monastery church belong to the stylistic tradition of the Balkan painting of the end of the 16th c. and the beginning of the 17th c. whose typical features are registered by different experts in different monuments in Bulgaria, Macedonia and Greece. More definite conclusions about the attribution of the frescoes will be possible after a final restoration when all typical features of the frescoes will be at hand – the iconographical as well as the stylistic. The closest parallels are still found in the frescoes of some monastery chapels of the so-called Sofia Holy Mountain – the Podgumer Monastery and especially the second layer in the naos of the Dragalevtsi Monastery.

The icon-painters who worked at the Kurilo Monastery were not only very well-prepared professionally but also very well educated: they had a rich iconographic repertoire featuring some rare themes such as St. Sisoes before the open grave of Alexander the Great, a scene typical of the learned monastic circles, especially on Mount Athos. Like G. Gerov once demonstrated, the iconographical variant of the otherwise also rare in the Balkan art scene of the Massacre of the Innocents follows the examples of the Cretan masters’ murals in the monasteries of Athos, which on the other hand, are a redaction of the composition of Raphael that had become popular through a wide-spread print by Marcantonio Raimondi. 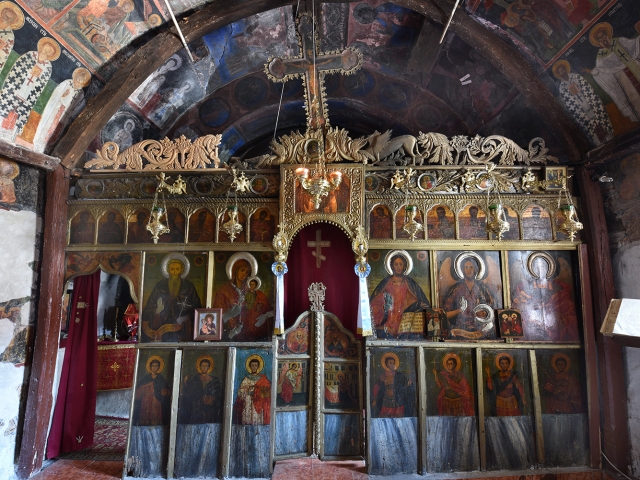 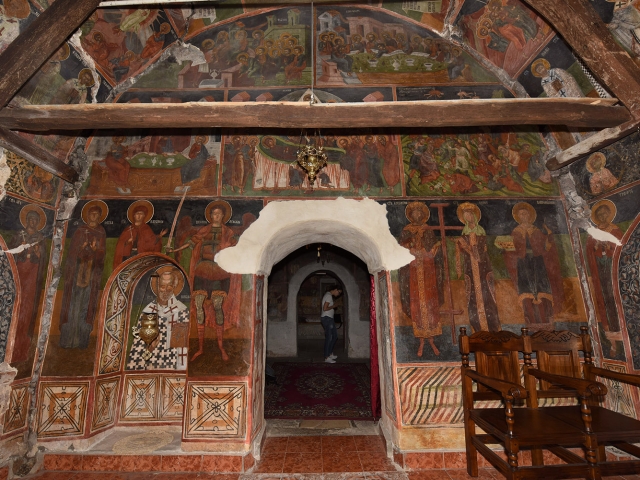 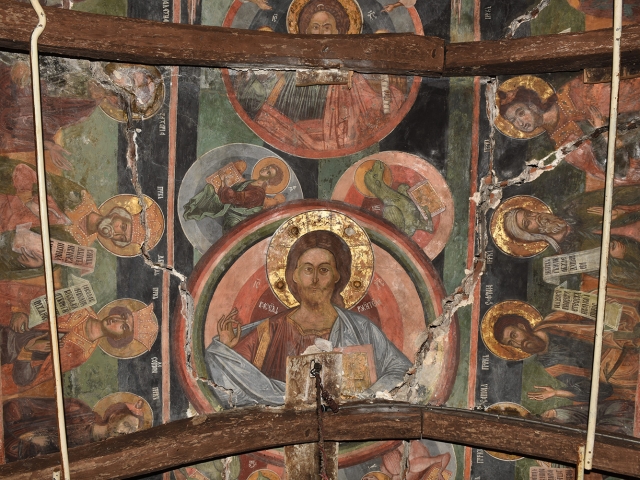 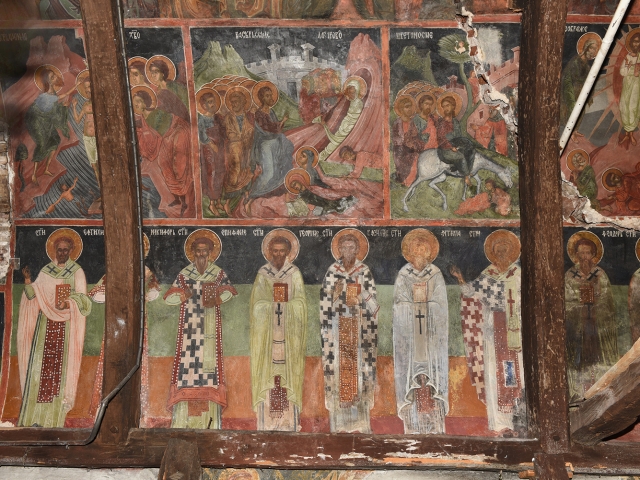 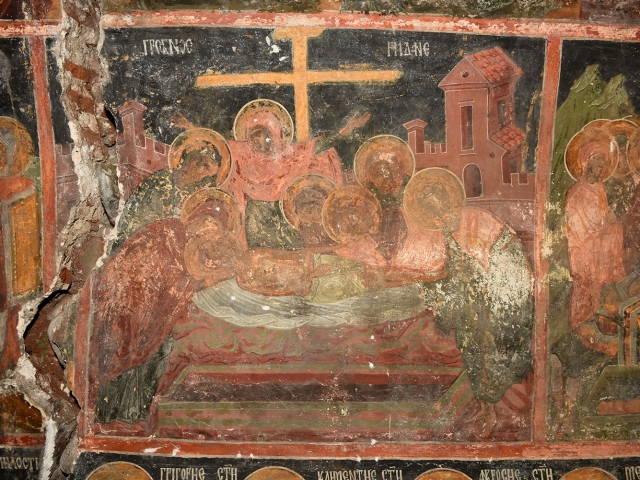 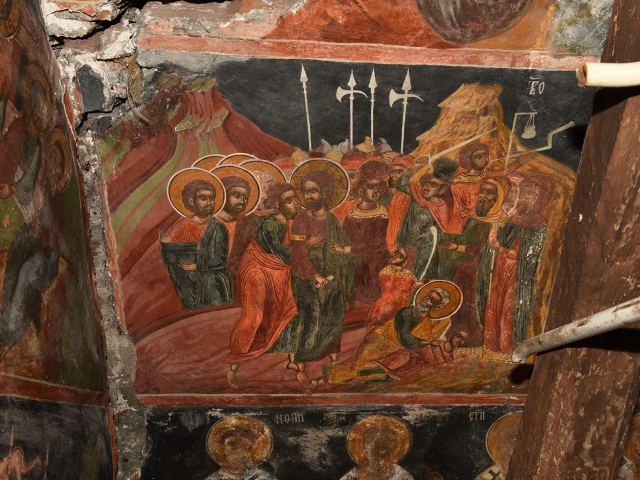 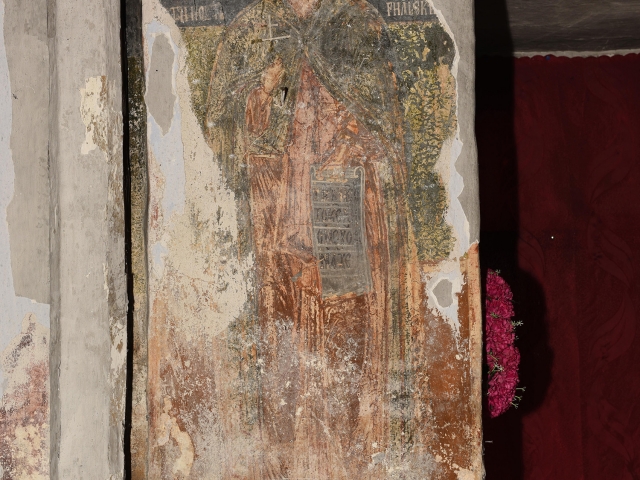